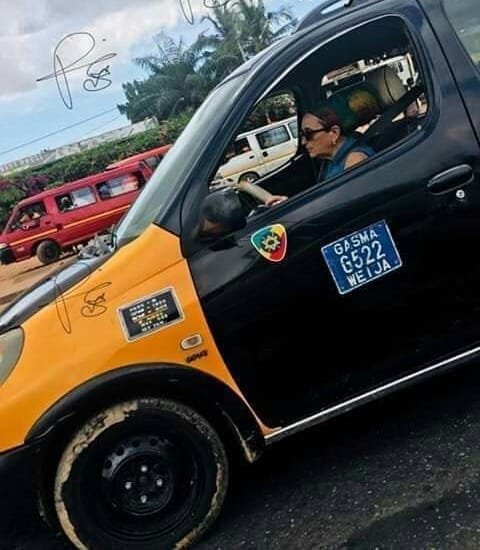 BestNewsGH.com has sighted a picture of a white lady working as a taxi driver on the streets of Accra, sparking a frenzy among some Ghanaian social media users.

However, it cannot be confirmed if she is indeed a taxi driver but users commenting on the photo were full of praise for the white expat lady stating that not all can do that.

One user was of the view that she has been forced to drive the taxi due to the harsh economic conditions in the country. “The economy hard so anything lawful you find you for do. The expatriates sef are not spared,”

Another added: “Snookes Mama…U do all.”

This user was of the assertion that she hs probably taken it from the driver to manage on her own. “I sure say she go take her car from her driver, “I will drive myself” #Enkoyie”