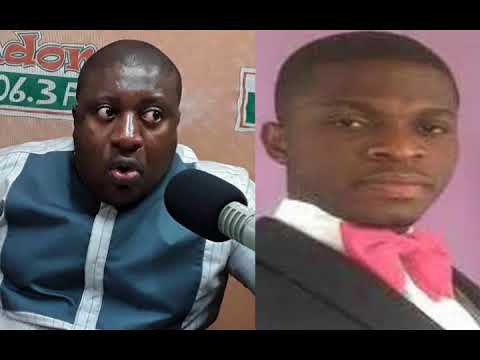 Ghana & the World witnessed the extension of the thuggery, violence and unprovoked attacks exhibited by the NPP hoodlums at Ayawaso on our National Communication Officer, Lawyer Sammy Gyamfi yesterday by the dimwitted National Youth Organizer of the NPP, Henry Boakye and we strongly condemn it in no uncertain terms.

The attitude of the production team and the presenter of yesterday’s edition of Asɛmpa fm’s EkosiiSɛn which became an enabling environment for the hoodlum called Nana B to physically assault a co-panelist, the National Communication Officer of our party, for that matter cannot be glossed over either.

We wish to remind our National Leadership that an assault on our NCO is an assault on all NDC Communicators nationwide and a grave assault on the Great NDC, therefore a decisive action has to be taken immediately before we advice ourselves accordingly.

We are aware that, our Boss, the NCO- Lawyer Sammy Gyamfi promptly lodged an official complaint at the Greater Accra Regional CID Unit yesterday as to why Nana B is yet to be arrested by the police informs all that the President has a hand in this barbaric behavior of Nana B because the blunt truth is that the NPP, since Nana Akufo-Addo assumed it’s leadership, has embraced violence as part of its philosophy.

What happened yesterday was the culmination of the thuggery and militancy that the party now fully accepts as a necessary tool for political success and the blame is heaped squarely at the doorstep of the Commander-In-Chief under whose auspices as leader of the NPP, these barbarism is being witnessed on daily basis.

The result to violence, thuggery, banditly, culture of silence using State Machinery are clear signs of frustration and an indication that NPP is loosing the communication battle, as such, NDC Communicators not be surprised, intimidated, demoralized, or weakened in any way by this act of cowardice by the NPP but when we decide to strike back in equal measure when the Lawful agencies fail to act accordingly, let no hypocrite Pastor or fake moral society voices rise in condecommunication.

We are aware of the decision of the wicked NPP Govt of Akufo Addo & his ruling party in connivance with some media houses against our NCO mainly because of his impeccable delivery in exposing the corrupt, nepotistic, non-performing, clueless and violent nature of this useless Govt ever in the history of Ghana yet we, NDC Communicators  remain strong and focused on our ultimate goal of winning 2020 by sustaining and intensifying the heat on Akufo-Addo and the NPP.