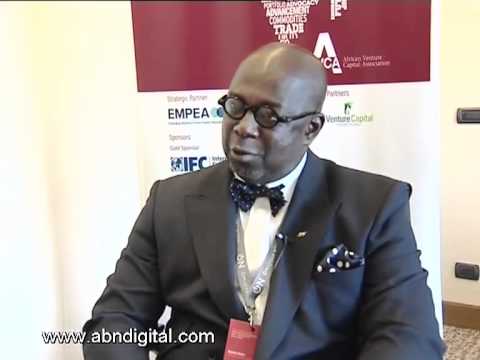 Former Chief Executive Officer of the Venture Capital Trust Fund (VCTF), Daniel Duku, and former National Democratic Congress ( NDC), Member of Parliament (MP) for Keta, Richard Lassey Agbenyefia, along with four others have been charged with eighty-six (86) counts of Stealing and Causing Financial Loss to the State of up to about Forty-Two million Ghana Cedis (GHc 42,000,000.00).

Venture Capital Trust Fund (VCTF), the Attorney General’s facts sheet observes, was established in 2004 by the Venture Capital Trust Fund Act, 2004, (Act 680), to provide financial support to small and medium scale enterprises (SMEs) through eligible venture capital financing companies. The facts sheet further indicates that the 1st accused person, as the CEO of Venture Capital, facilitated the recruitment of the 3rd and 4th accused persons, who were his work colleagues at the Ghana Investment Promotion Authority (GIPA) to join him at VCTF, as his Executive Assistant and Investment Officer respectively. Upon assumption of office, the 1st accused person introduced a loan scheme named Development Assistance Fund (DAF) to provide credit directly to individuals and companies in clear contravention of the VCTF Act and contrary to the objects of VCTF.

The documents filed at the court further noted that prior to the appointment of 1st accused as CEO and the establishment of DAF, VCTF operated an existing scheme which gave loans to farmers in the Northern and Brong Ahafo Regions for the cultivation of sorghum. This loan scheme known as the Special Purpose Vehicle (SPV) gave loans to certain Venture Capital Finance Companies (VCFC) namely SINAPI ABA and Techno Serve Company Limited for onward lending to farmers. The SPV had a minimum of GH₵50,000 and GH₵500,000 as the maximum amount that could be disbursed at a time to the Venture Capital Finance Companies.

This program ran successfully until the 1st accused assumed leadership in June 2010 when the project stopped. However in or about October 2010, the SPV was reintroduced at the instance of the 1st accused (albeit with Board approval) this time to be controlled directly from the office of the 1st accused. 1st accused could however only approve loans up to GH₵50,000. Any loan amount above the GH₵50,000 threshold required Board approval.
Contrary to and in flagrant disregard of the approved Board thresholds for the CEO, the 1st accused person persistently approved loans purportedly under DAF and SPV well above his threshold directly to a number of companies some of which were non-existent. Some of these allegedly fictitious companies bore addresses, which belonged to the 1st accused. The accused persons used the names of a number of companies belonging to other persons to obtain loans without the knowledge, permission and or consent of the owners of the companies.

The 6th accused, who was at all material times the accountant at VCTF and a signatory to the VCTF account, according to the Charge Sheet aided the 1st accused by signing blank cheques to grant loans to some of these companies while on leave. Some of the cheques were issued even before the purported applications for the loans were received. The 1st accused, using these blank cheques signed by the 6th accused, granted loans totaling GH¢4,240,000.00 which resulted in a total loss of GH¢12,601,796.25 being principal and accrued interest to the Fund.

Again, in January 2015, the Board instructed the 1st accused to completely stop the disbursement of loans and focus on the recovery of loans already disbursed. These instructions were ignored by the 1st accused who authorized the disbursement of more loans without the knowledge or authority of the Board. In June 2015, even though the appointment of the 1st accused had been terminated, he remained in office until September 2015 during which period he disbursed some more loans to companies some of which belonged to his official driver and some cronies.

The 2nd accused person on his part obtained loans in the names of companies based on false representations to VCTF without the knowledge, permission or approval of the owners of the companies whereas in other instances the loans were obtained in the names of non-existent companies. The 3rd and 4th accused persons, who were responsible for evaluation and processing of loan applications to VCTF, failed to conduct the requisite due diligence on loan applicants but rather allegedly facilitated the grant of loans through falsified records by entering false information on the loan application forms.

The Charge Sheet further states that, investigations has established that the 5th accused person allegedly used non-existent companies to obtain loans from VCTF and acted together with 1st, 3rd and 4th accused persons to dishonestly appropriate various sums of money from VCTF in the names of these companies.
Evidence according to the Attorney General will show that these and other acts of the accused persons have resulted in the loss of over GH¢ 42,856,470.21 to the Republic of Ghana.

The accused persons are expected to be arraigned on Friday the 3rd of May, 2019, where their charges would be read to them and their pleas will also be taken.