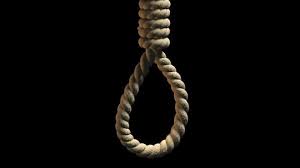 A distressed woman from Kerala in India has committed suicide following her husbands’s decision to confiscate her smart phone, her only source of entertainment and company.

The husband who works as a truck driver is often away sometimes for several days, leaving the frustrated wife alone in their home, since they have no children.

But things began to fall apart when the husband apparently jealous, complained that his wife of four months old has been spending too much time on Facebook and Whatsapp and seized the phone from her, while replacing same with a simple cell phone that can only be used for text messages and phone calls.

The 20 year old woman on the fateful day of the incident was said to have locked herself up in her room for some time, prompting the husband and his friends to check on her only to be met with the unfortunate spectacle of her body handing in the room.

She had committed suicide by hanging.