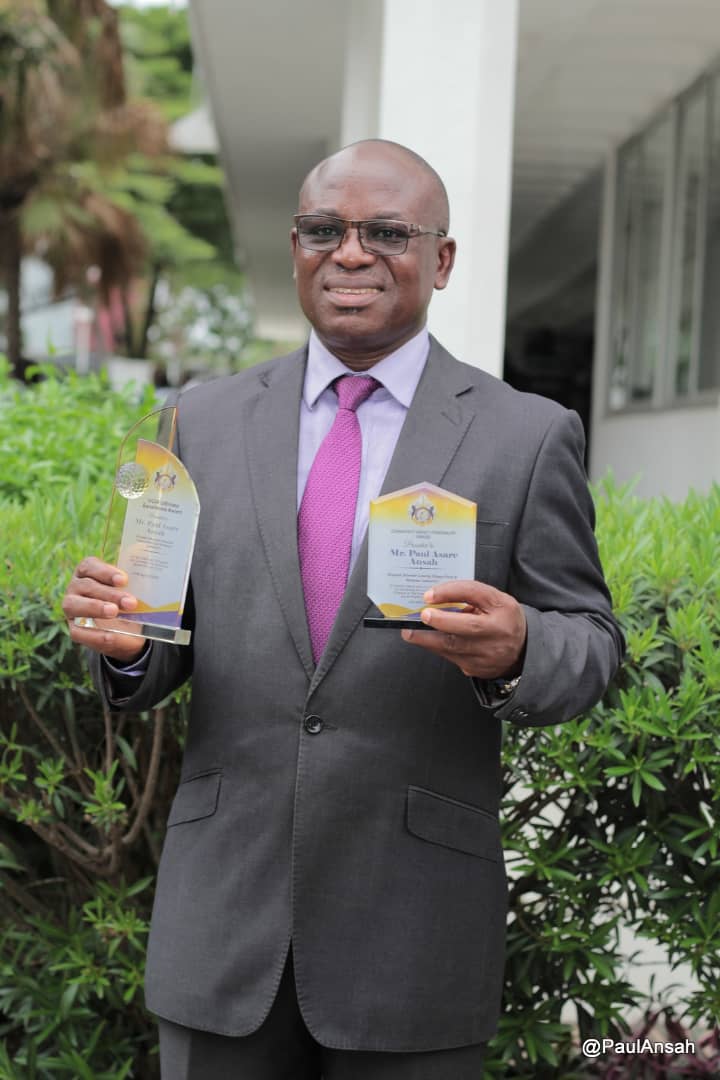 He won the Community Impact Personality Award “in grateful appreciation for his many years of outstanding service,  dedication and diligence to the People of Asuogyaman and it’s nearby communities”. He also won the United Clergy International Association Award for his hard work, enthusiasm and commitment to excellence beyond the call of duty”

In his keynote address as the guest speaker at the ceremony, Mr Paul Ansah called on African leaders to stand up for Africa and rescue the continent from the shackles of neo-colonialism.

He regretted that many people in Leadership positions scramble for wealth as their primary objective instead of dedicating themselves selflessly to the well-being of the ordinary people.

He called on leaders to adopt a servant mentality and work hard to save Africa from persistent unemployment,  poverty, deprivation and underdevelopment.

He advised the new graduates who attended the ceremony to work hard, strive for excellence and avoid corruption wherever they might find themselves in employment or as entrepreneurs.