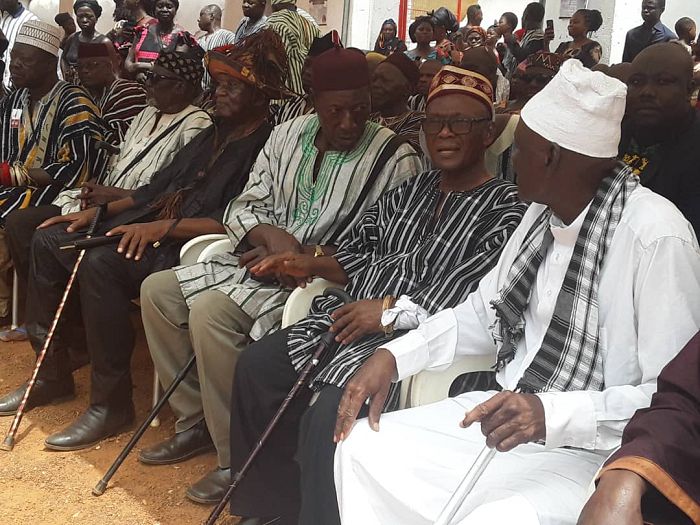 There is looming confusion in Nandom in the Upper West Region following protests by the Nandom Royal Family on the alleged enskinement of the national chairman of the Convention Peoples Party,(CPP) Prof. Edmund Delle as the new Nandom Naa.

A statement issued a while ago and signed by the regeant and family head, Deri Ziem Chemogoh entreated the generality of the public to disregard the enskinment of the Prof. Edmund Delle, emphasizing that no such selection or enskinement has been sanctioned or taken place.

The statement said the final funreal rites of the late Nandom Naa has not been performed and that the royal family is still in grief, adding that it is unthinkable to talk about installing a new chief at this time.

The statement also urged Prof. Delle and his surrogates to respect the chiefs and people of Nandom and give peace a chance. 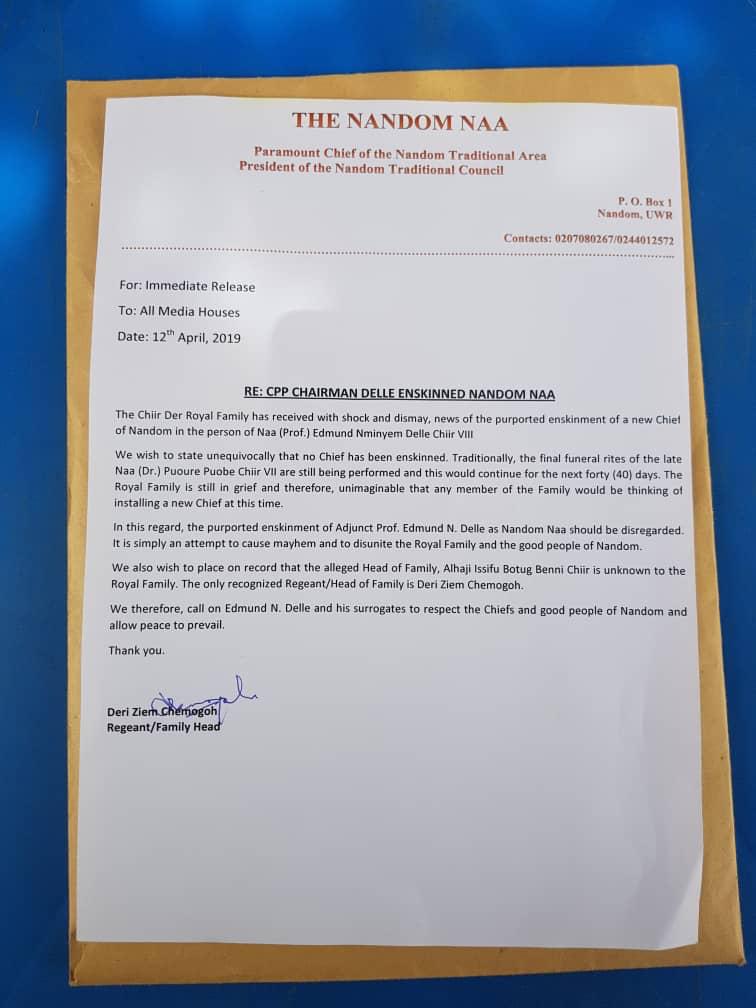