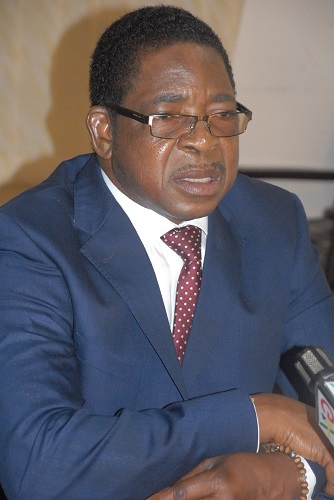 Kwame Ohemeng-Tinyase, the former Director of Finance for the Ghana Maritime Authority has been accused of burning down the Authority’s finance department and destroying vital documents to conceal information on massive looting of state funds at the Authority.

Member of Parliament for Assin Central constituency in the Central Region, Kennedy Ohene Agyapong says a brother of the former finance director who is the Member of Parliament for Kade came to him to plead on behalf of Mr. Ohemeng –Tinyase so that he will not face prosecution for his role in the stealing of monies belonging to the Authority and the burning down the finance department.

He said he intervened and advised that he should be allowed to resign and go and that was exactly what happened.

‘’He now turns back to incite the media by paying them to destroy the current Director General by giving them all this information. If that is the tangent he is going, the police must arrest him immediately and prosecute him for burning down the place. Now I don’t care about his brother the MP anymore.’’ He said.

According to the MP who is also a businessman, the Authority under the leadership of the former Director General, Issaka Peter Azumah saw massive depletion and looting of state funds.

‘’When they were in office, they withdrew monies every day from the bank. The records are there. And when they withdraw the money, because they want to steal, they will tell lies it is for members of the Parliamentary select committee on transport and so there are no receipts’’ he added.