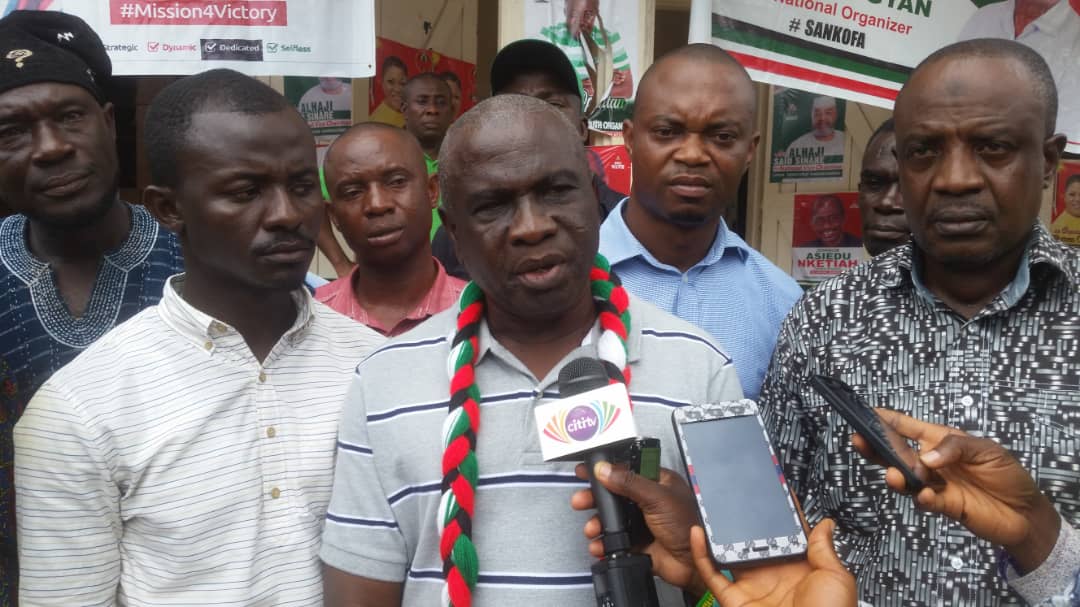 The opposition National Democratic Congress (NDC) in the Brong Ahafo Region is accusing a police prosecutor of bias against the Treasurer of the party in the Asunafo South Constituency, who has been remanded after an altercation with a member of the NPP, during the just ended limited registration.

The NDC in the Brong Ahafo Region says the police prosecutor, Chief Superintendent E.A. Akonnor, has been bias against the Asunafo South Constituency Treasurer; Osman Mohammed.

According to them, although Osman Mohammed fought with Kenneth Sefa of the NPP, he has been made to walk away, whiles their party member languishes in police custody.

Osman Mohammed had a fight with Kenneth Sefa at Kenyasi during the just ended limited registration conducted by the Electoral Commission, as part of preparations towards the December 27 referendum for the creation of some new regions.

The case is currently before the Duayaw Nkwanta Circuit Court. When the case was first called, Osman Mohammed was remanded in police custody, but the NDC argues this is unfair.

Addressing a press conference in Sunyani, the Brong Ahafo Regional Chairman of the NDC, Kwadwo Nyamekye-Marfo, noted that the police prosecutor misled the Judge to remand Osman Mohammed.

BestNewsGH.com’s Brong Ahafo regional correspondent Kofi Sarpong reports the NDC regional chairman as saying“The Prosecutor indicated that Sankore Area is a turbulent place as far as elections are concerned and for that matter he pleaded with the Judge to remand Osman because he felt if he allows him to go, there could be chaos in that area. But what beats our imagination is the fact that this incident never happened at Sankore. The incident happened at Kenyasi, Asutifi North which is far away from Sankore. So by alluding to the fact that there is always chaos at Sankore and for that matter Osman should be detained beats our imagination .We believe that the police prosecutor deliberately misled the Judge so that he could detain the guy’’.

Mr. Nyamekye-Marfo noted that as a political party in the region they would always defend their rights and pursue the law in all their dealings and they also expect the Police to behave in the same manner.

He revealed they are going to launch an appeal to ensure that Osman is released from custody.

However, the Public Relations Officer of the Brong Ahafo Regional Police Command, Chief Inspector Augustine Kingsley Oppong, in a statement denied news making rounds that the Judge, His Honour Alexander Graham, who sat on the case at Duayaw Nkwanta Circuit Court, had been attacked by NDC thugs.