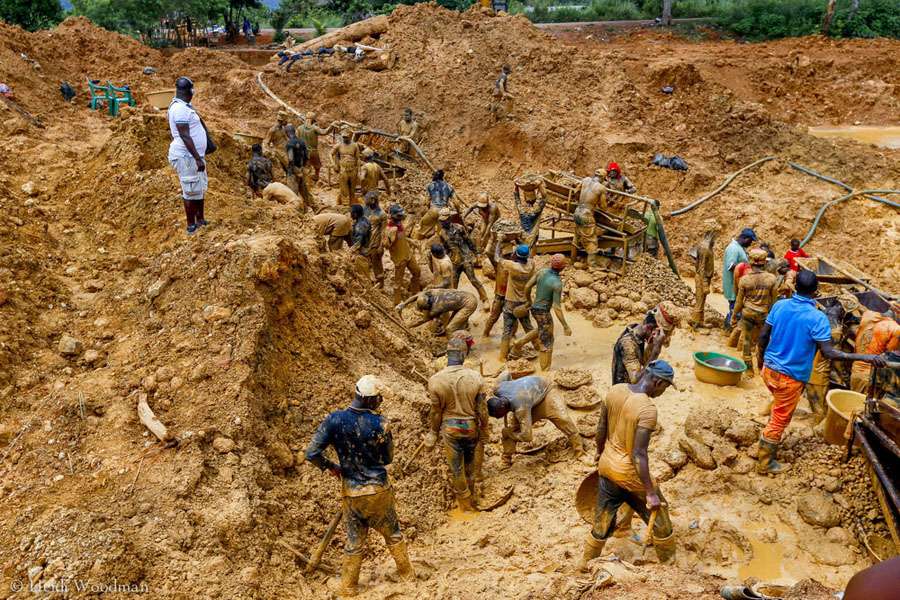 Contrary to popular belief that Ghana’s illegal mining debacle is being predominantly perpetrated by Chinese nationals, it has emerged that Citizens of neighbouring Burkina Faso and Ivory Coast are also deeply involved in the practice known in local parlance as galamsey.

Secretary of the inter-ministerial committee on illegal mining, Charles Bissue has revealed that some Ghanaians have resorted to bringing in nationals of Burkina Faso and Ivory Coast to engage in the practise, particularly within the three northern regions, the Northern Region, Upper West Region and Upper East Region.

According to him, members of the committee including the Minister for local government, Hajia Alima Mahama, Minister for regional re-organisation, Mr. Dan Kwaku Botwe, Minister for chieftaincy affairs, Mr. Kofi Dzamesi as well deputy Defence Minister Major Derrick Oduro recently visited the three northern regions as part of the efforts to empower the various district mining committees to effectively deal with the illegal mining phenomenon.

The committee he explained discovered that some natives of the area are in league with some citizens of the two neighbouring countries by bringing them into the country to engage in the practice, therefore worsening the already bad situation that the environment and water bodies has been exposed to as a result of galamsey.

Mr. Bissue pointed out that the committee’s interventions have yielded some significant inroads in the quest to quell the practise, adding that the orientation given to the various district mining committees was beginning to pay off.

He said the committee has extended the same orientation to the mining districts in the three northern regions and expect a reversal of the trend in a short time.

‘’We have organised the orientation for them and they have been empowered to take on the challenge by tackling the issues head-on. We are confident they will make a very significant impact just like the others have done in the southern part. I will not say those in the southern part have achieved 100 percent results, but they have done very well and we expect the same results from the three northern regions’’ he added.

He further stated that the regional ministers in the various regions have been empowered to take charge of the situation in their respective regions.