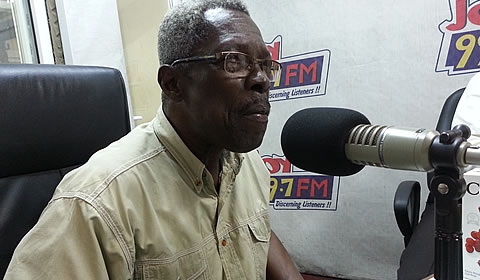 ‘’For the first time in the history of the NDC, even the collation of the pink sheets was missing and it is incredible. Consistently I have always been in the strong room, monitoring has been excellent all the way from 1992. We were always ahead of even the electoral commissioner. In 1992 even Professor Adu Boahen said we micro-managed the EC’s IT and managed to win the election’’

Those are the words of Ghana’s former Ambassador to the Netherlands, Dr. Tony Aidoo on the performance of the opposition National Democratic Congress (NDC) elections directorate in the 2016 elections.

According to Dr. Tony Aidoo, the party had been consistent in the past in aptly collating results and ensuring that they are properly analysed before the declaration by the electoral commission, saying ‘’what happened in 2016 means we are lost, because the monitoring in the past was very good’’.

‘’In 2000 it was great, in 2008 I was in charge of monitoring at the strong room and I could tell from the actions of Jake Obetsebi Lamptey, Kan Dapaah and Kwabena Agyei Agyapong how they were trying to get results from Kumasi to alter the results. It’s all due to monitoring. So how did we lose the touch in 2016?’’ he quizzed on Accra based TV 3.

Dr. Aidoo wants the newly elected executives to fix these challenges going into the 2020 elections, adding that he was out of the country during the 2016 elections and would have brought his experience and expertise in strong room operations to bear if he were around.