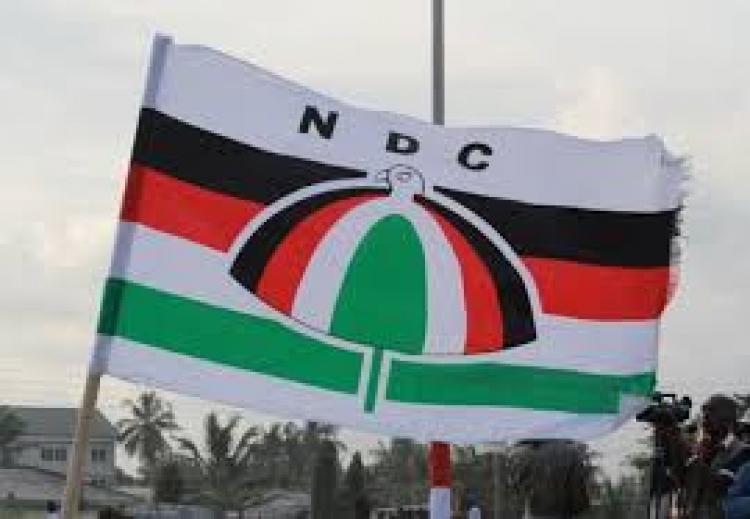 The opposition National Democratic Congress (NDC) is crying foul over some anomalies in the ongoing limited registration exercise by the electoral commission in four regions to be affected by the impending referendum for the creation of new regions.

The party in a statement signed by its general secretary Johnson Asiedu Nketiah raised alarm over what it described as organizational lapses and violations of the Electoral Commission’s own rules by electoral officers supervising the registration exercise.

The party in the statement said field reports from its agents stationed at various registration centres shows ” serious infractions of the rules” which according to the NDC, threatens to compromise the quality of the registration process.

The statement also expressed fear over possible disenfranchising of potential voters because according to the party, several communities where the registration is taking place are experiencing rainfalls, a situation the party says has” cut some areas” from participating in the registration exercise.

The NDC in the statement called on the electoral commission to put in place special arrangements to address all problems identified by its field reporters.

A group calling itself Strategic thinkers Network-Africa as well as three individuals, Mayor Agblexe, Destiny Awlimsey and Jean-Claude Koku Amenyaoglo have dragged the electoral commission and the Attorney General to the Supreme Court in two separate suits.

However, the electoral commission is undertaking the registration exercise in 47 districts in four regions where the impending referendum will be held for the creation of new regions. 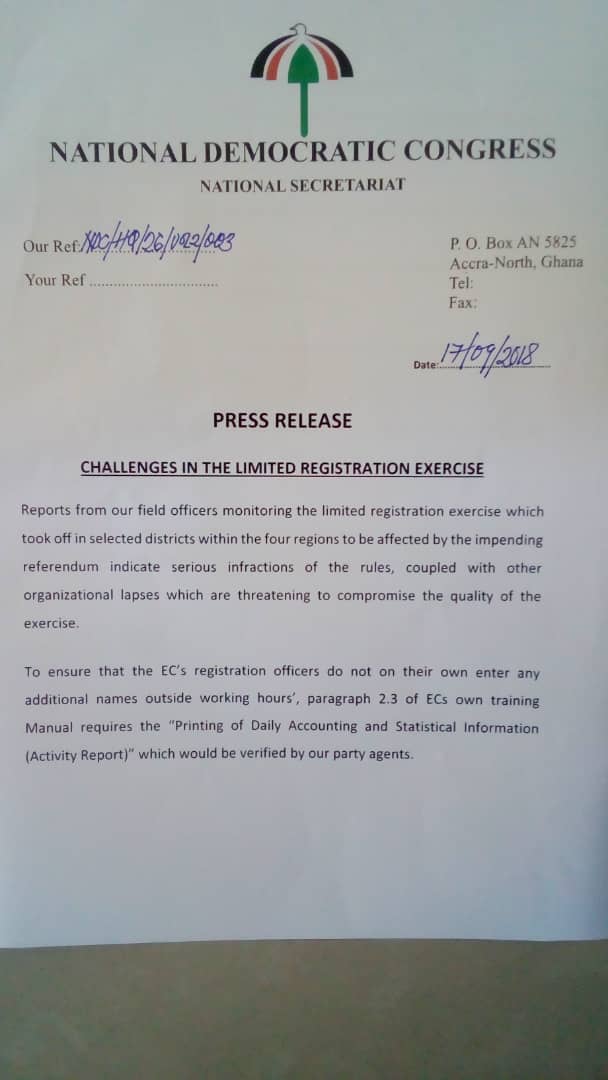 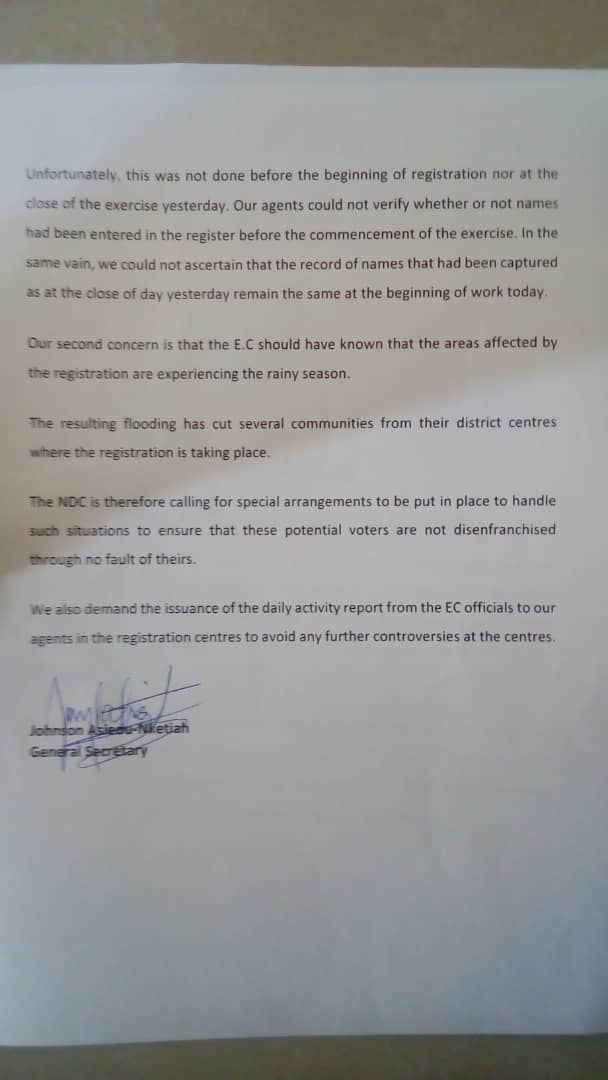