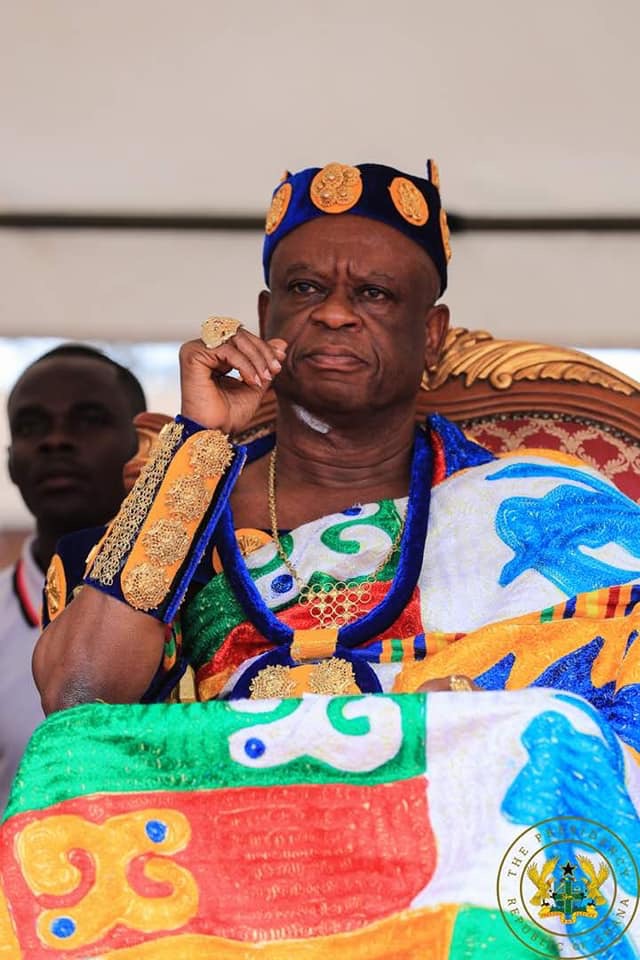 The Paramount Chief of the Mankessim Traditional Area, Nana Amanfo Edu VI, has described the Double-Track system, which has ensured that some 450,000 students have gained admission into Senior High Schools across the country this year, as a brilliant and innovative policy, which must be lauded by all Ghanaians.

According to Nana Amanfo Edu VI, the policy, an integral feature of the Free Senior High School policy, has helped banish the spectre of tens and tens of thousands of students, who, hitherto, prior to implementation of the Free SHS policy, would have dropped out of school at the level of Junior High School.

The Mankessim Paramount Chief was speaking at a durbar held in honour of the President Nana Addo Dankwa Akufo-Addo, when the latter took his 4-day tour of the Central Region to Mankessim, on Monday, 17th September, 2018.

Describing the Free Senior High School policy as one that “has been implemented to the delight of all Ghanaians”, Nana Amanfo Edu VI noted that “we are living witnesses to the fact that when President Akufo-Addo said he will implement the Free SHS policy, in the first year, over 200,000 Ghanaian children were admitted into SHS, for which parents did not pay any fees.”

In 2018, as a result of the Free SHS policy, the Mankessim Paramount Chief described the increase in the numbers of students seeking admission into Senior High School as refreshing.

Reinforcing the position of the Chiefs and people of the Traditional Area, he noted that “for us, as Chiefs, we wish to state, here and now, that the Double-Track policy is brilliant and innovative.”

With over two hundred students admitted into SHS in 2017, Nana Amanfo Edu VI wondered what would have happened “if this year, we had stuck to the same numbers of 2017, and admitted only 200,000. What would become of the excess 250,000? What would have been their status in this life?” he queried.

He continued, “If only students on the ‘green track’ had been admitted into SHS, and the students on the ‘gold track’ were left to stay at home, this means that, in five years, and with an average of 200,000 dropping out of school every year, we would have deprived one million children from being educated.”

“It is true that there is pressure, and there is going to be pressure on resources. But it is better to put the pressure on the resources than to deprive these innocent children from being educated.”