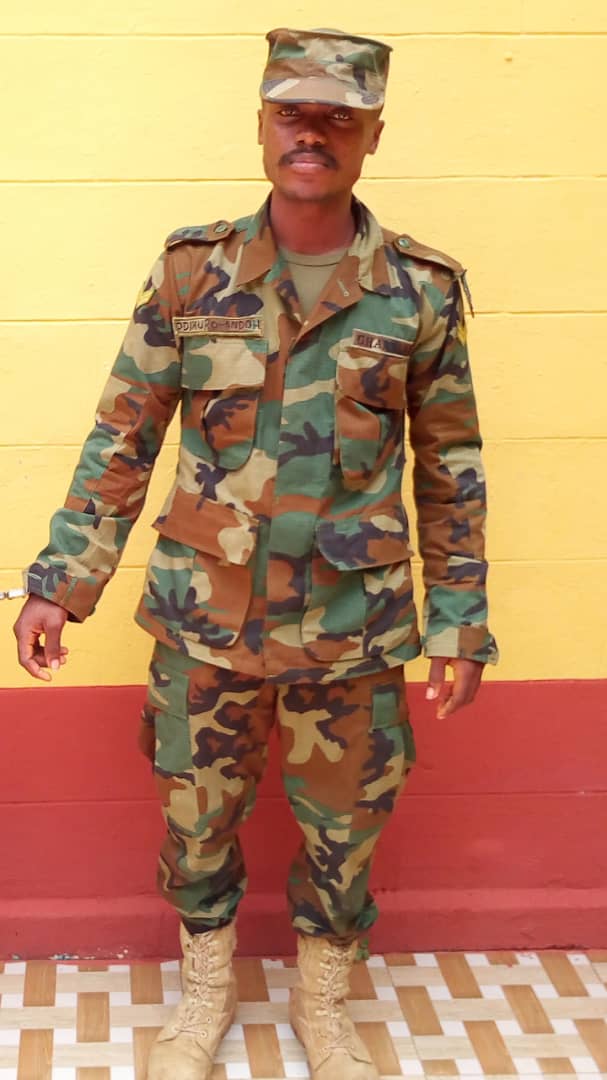 Police at Osenase in the Eastern Region have arrested and detained a man who claims to be a military officer for stealing.

The complainant in the case, Rev. Maxwell Fosu Asamoah of the Hour of Faith Church at Nkurakan near Osenase reported to the police that on 8th August 2018 the suspect Jonathan Annor in Military uniform attacked him and demanded an amount of 200 thousand Ghana Cedis from him for assisting him to dig out a pot of gold for some family.

According to the Pastor, because he was not able to satisfy the demand of soldier man, the suspect took offence and seized his two mobile phones, eleven pieces of clothes in an ecolac, two bags of rice, a suite and a wedding gown all to the value of Ghc 6,255.00.

According to him, the suspect came to his house in the company of two other friends who were also in military uniform from the signals unit of the Ghana Armed Forces at Burma Camp in Accra.

BestNewsGH.com’s Eastern regional correspondent, Ebenezer Tawiah reports that the suspect was later arrested at Osenase and detained for investigations.

He said the Eastern regional Police Public relations officer, Deputy Superintendent of Police (DSP) Ebenezer Tetteh told the media one of the stolen phones was found on the suspect upon his arrest and same retained for evidential purpose.

The Police are yet to move to Accra to ascertain if indeed the suspect is a military officer, while the set of military uniform with suspect has been retrieved.