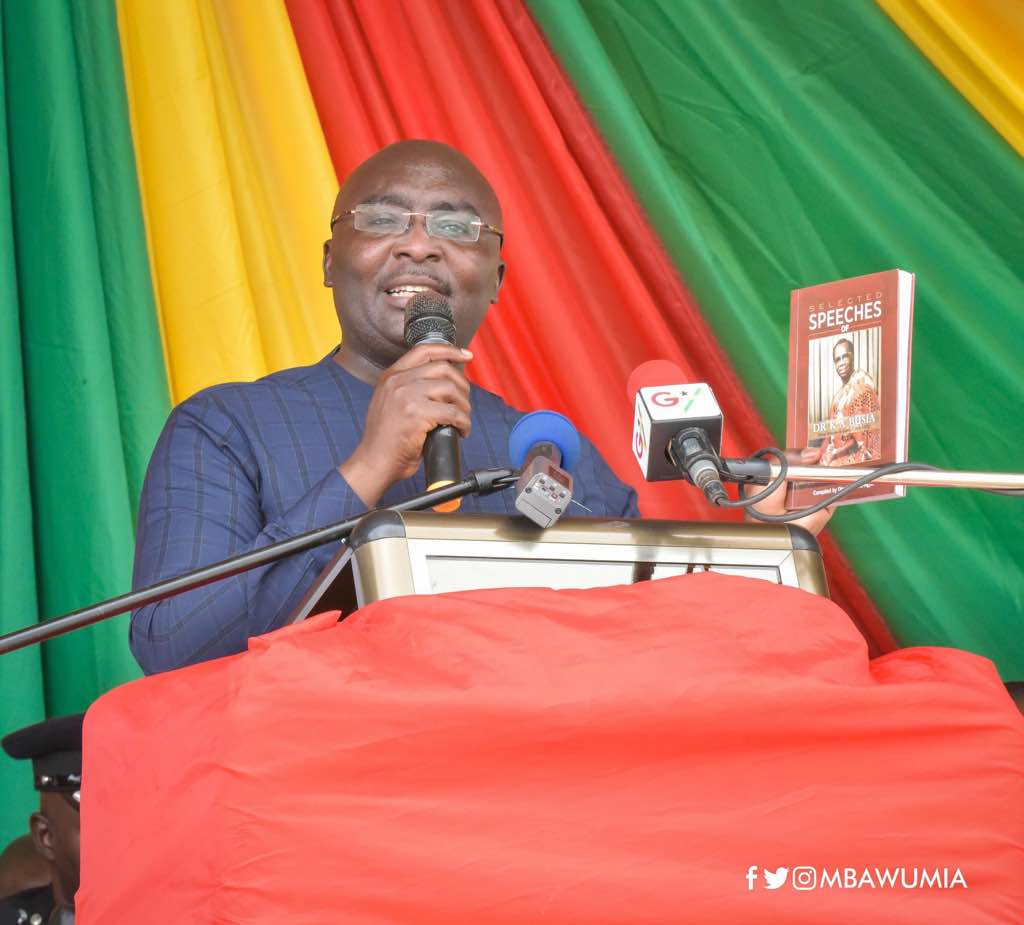 According to him, Professor Busia’s legacy in academia and politics has been acknowledged and celebrated over the years, adding that the philosophy under-pinning his politics continues to influence the policies and programmes of adherents of the Danquah-Dombo-Busia tradition.

Dr. Bawumia who joined the chiefs and people of Wenchi in the Brong Ahafo Region during the celebration of the life and legacy of Professor K.A Busia 40 years after his demise said Ghana owes a debt of gratitude to Professor Busia, adding that the NPP government of president Nana Addo Dankwa Akufo-Addo will endeavour to keep his legacy alive.

Below is part of his biography.