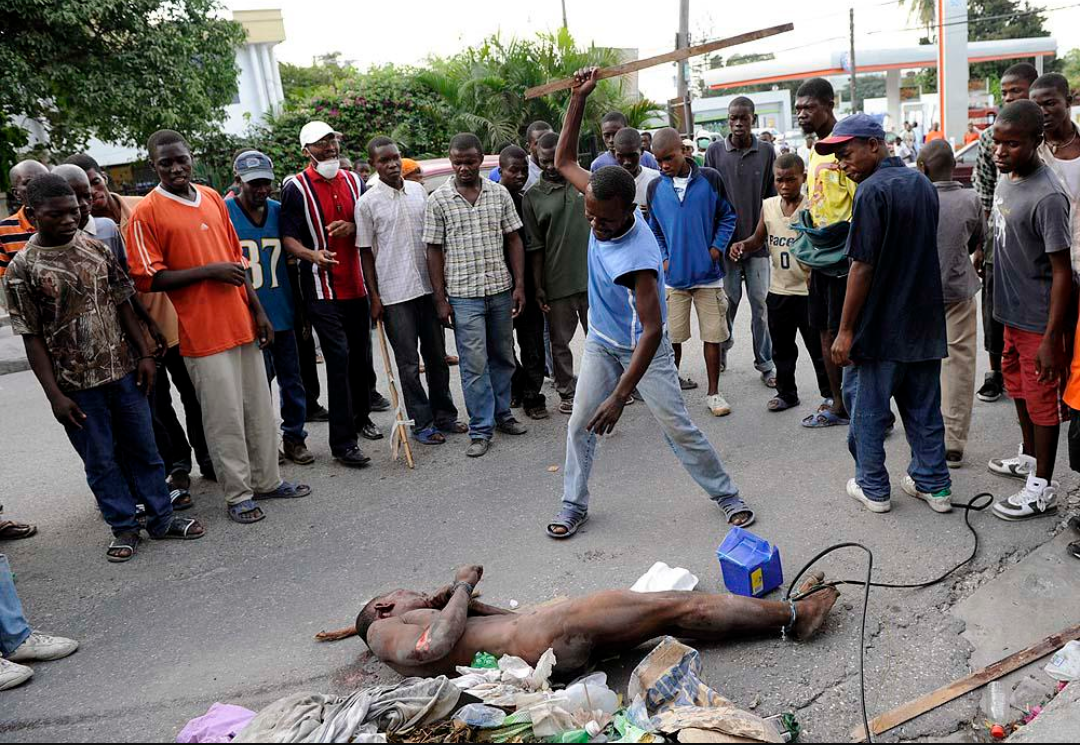 An angry mob at Muramura near Nkawkaw in the Eastern Region on Sunday, 5 May 2019 lynched a mentally challenged man, Kofi Sammy, after the victim murdered a 30-year-old pregnant woman, Alimatu Karim and cooked her corpse.

The Nkawkaw police command led by DSP Joseph Onsonyameye, after a distress call, proceeded to Muramura and met police personnel from the Juaso command together with the District Chief Executive of the area and the chief of Muramura, Nana Kwakye Amoh at the scene.

According to a site report by the police, investigations revealed that Alimatu Karim left home in the early hours of Saturday, 4 May 2019 to look for cola nuts but failed to return home.

On Sunday, 5 May 2019, some people saw Sammy cooking some meat in the bush and suspected it to be human flesh and subsequently caused his arrest.

He then admitted killing Alimatu Karim and boiling her corpse.

The suspect then led the people to a pit where the dismembered body of Alimatu was recovered.

An angry mob besieged the chief’s palace where the suspect was being held in wait for the arrival of the police. The mob wrenched the suspect from the palace and lynched him.

The mob also set the suspect’s body on fire but the police and the DCE got quenched the fire upon their arrival at the scene.

The body of the suspect and the dismembered body of his victim were removed and deposited at the Holy Family Hospital mortuary, Nkawkaw for preservation and autopsy.