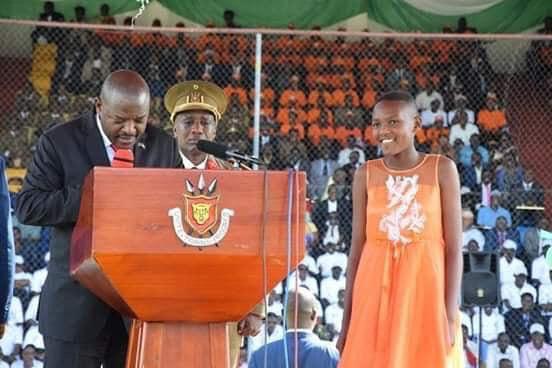 Pictures of the President of Burundi, Pierre Nkurunziza honouring his 12 year old daughter for being a good girl at home during the 2019 Workers’ Day celebrations have gone viral on social media.

Many have described the act of presenting a medal to his own teenage daughter as a slap in the face of hard working citizens of the country.

They accuse the president of engaging in conflict of interest for that singular act, saying he has insulted the intelligence of the the people of the country.

See the picture below. 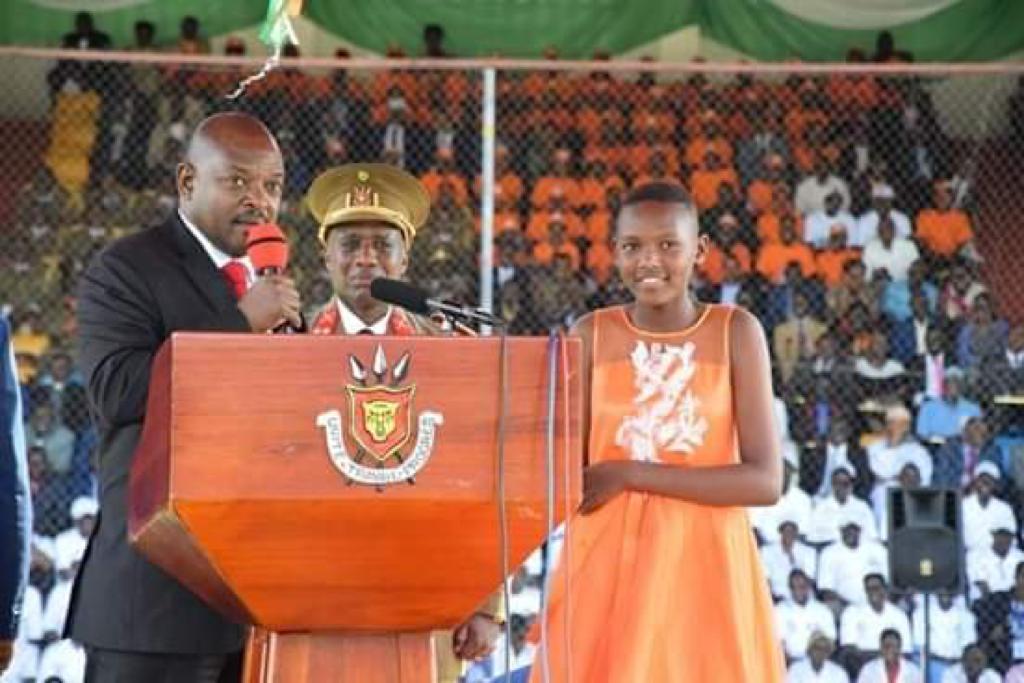