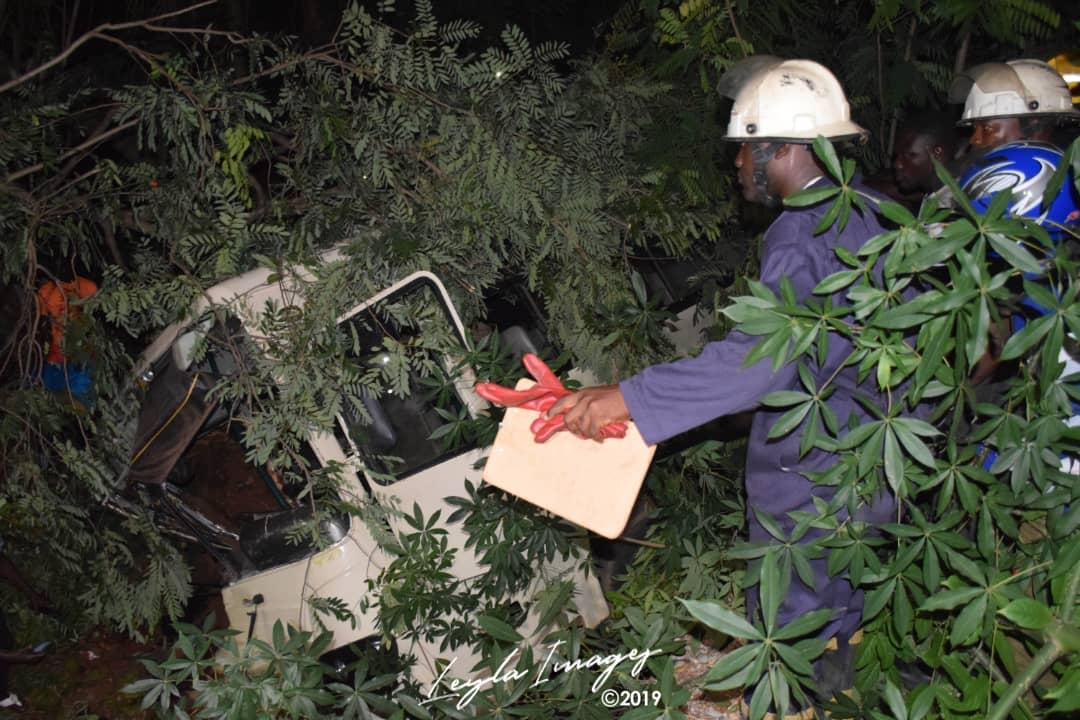 A bus carrying some staff of the Volta River Authority (VRA) has plunged off a road and overturned on the Odumasi-Krobo stretch in the Eastern region.

At least seven persons have been killed and dozens have sustained various degrees of injuries in the accident that occurred in a valley on the Asitey Mountains, on the Akosombo-Oda road, Saturday night.

The passengers have been identified as Parishners from the St. Babarah Parish of the Holy Trinity Catholic Church, Akosombo who were from a funeral of the Late Mother of their parish priest at Akim Oda.

The passengers who were onboard a Daewoo bus with registration number GV 2497-14 were reportedly returning to Akosombo from a funeral held at Akim-Oda in the Birim Municipality.

Images that have been sighted by Dailymailgh.com saw some locals scavenging around to rescue other individuals who are feared trapped.

Municipal Chief Executive for Krobo-Odumasi, Simon Tetteh, who was informed of the development later joined in the rescue mission which consists of a joint police and fire service personnel.

The bodies of the deceased have since been sent to separate hospitals including the St. Martin’s de Porres Hospital at Agormanya and Atua Government Hospitals.

The bus was reportedly carrying more than 30 people. The rescue team fears the death toll could rise as the injured are being referred to the Koforidua Hospital.