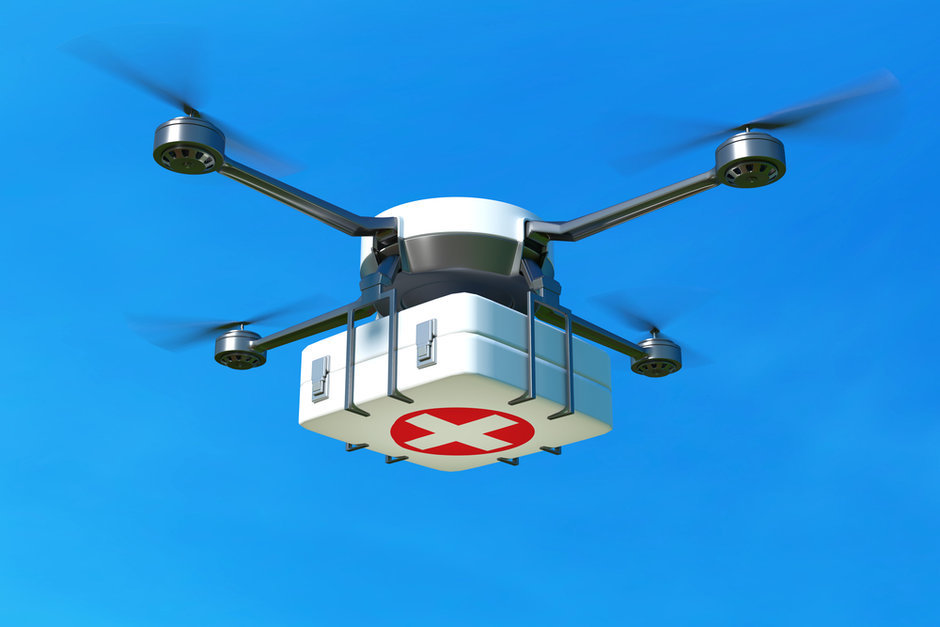 A medical officer and public health advocate has called on all stakeholders to discuss the merits of the drone medical supplies project devoid of sensationalism and party politics.

Dr Paa Kwesi Blankson, who works with the Korle Bu Teaching Hospital, therefore, appealed to all critics to make recommendations along the merits of the policy rather than seemingly getting mixed up in the public political pronouncements.

Speaking to The Finder on the controversy surrounding the drones project, he observed that opponents to the policy have mentioned that employment of drones should not be prioritised over ‘more pressing’ issues such as unemployed doctors and allied health professionals.

From his assessment of the discourse so far, he said, it seems that many people tend to subconsciously associate drones with excess, and, as a result, do not see the programme as an accessibility-centred intervention.

“We definitely couldn’t belittle our hefty problems of unemployed doctors, inadequate ambulances, terrible roads and so on,” he said.

Dr Blankson noted that even though the country has numerous challenges, access to emergency medical supplies remains critical.

“In fact, this problem of accessibility led to the Ghana Essentials Medicine Initiative (GEMI) project in 2007”.

“Even for their initial evaluation, it was reported that at the district level (not the ‘big’ hospitals in Accra and Kumasi), though CHPS and other facilities had acceptable performance quality, the number of essential drugs available was limited when needed.

“Nearly a decade later, Frimpong and Ofori-Kwakye (2016) cite access to essential medicine as a concern in their study of only the Ashanti Region,” he explained.

He said many doctors can identify with the many patients whose management got delayed because some tetanus toxoid or anti-rabies vaccine wasn’t available at a facility.

Dr Blankson recalled the hundreds of interventions that had to be postponed because of unavailable blood, but would often be told that they could get some in another facility, so then it becomes an issue of accessibility at that point.

Therefore, he said, if the intervention is well implemented, it could, at least, be the ‘veil of Veronica’ with regard to healthcare problems in the country.

“It may not defer our main woes as with the crucifixion story, but could give us some comfort in our many afflictions.

“Really, if we should always simply ‘obey the Maslow’s theory of needs or the ladder principle’, then we might have no business talking about gene and DNA technology, atomic and nuclear innovations among other breakthrough areas being explored by many hardworking Ghanaians with good money,” he added.

He said information gathered so far indicates that there would be a ‘phase one’ or ‘piloting’ of some sort at the Afram Plains, after which an evaluation would inform government on whether to proceed with full-scale implementation or otherwise.

In addition, he said, the contract is on a service performance payment system, which means that no performance, no show.

The service providers have actually given some objectives of operating 24 hours a day, a 128km/hour system which would deliver a minimum of 150 flights per centre.

Since the service providers have a proven record with Rwanda, for which many reports are supporting its success, he suggested to critics to wait for the initial phase to judge them by their own ‘objectives’.

Dr Blankson observed that the Kasoa interchange facelift cost $172 million, and asked the country to rather use this $12.5 million cost of this drones project to construct one-fourteenth of that.

He wonders if the money should rather be used to distribute another set of free sanitary pads for Ghanaian girls, a project which cost some $9 million.

He stated that getting Ghana facilities such as a state-of-the-art Sunstar ambulance might cost $182,731 for full supplies, equipment, and ambulance personnel, as well as another $122,939 for the ambulance itself, the fuel and other related costs.

The total amount will be about $305,670, and Dr Blankson noted that diverting this resource would mean getting 40 of such ambulances rather.

“I am not at all against these projects, but just letting us see what the opportunity cost is, for an attempt at solving an accessibility-related issue in our health delivery system. With this viewpoint, I do not think it would be that easy for anyone to quickly dismiss this policy if not without sensationalism or politics,” Dr Blankson added.

Dr Blankson wants the national debate to go more in the direction of value for money, working on the availability of those essential drugs and blood products to optimise the implementation of the policy, as well as extensive engagement of the personnel to facilitate the policy.

In his view, because of outright dismissal of the policy, mostly on sensationalism and party lines, we have not had the chance, among other things, to thoroughly discuss whether the country could get the deal cheaper as suggested by some people by demanding for the contract and reviewing it.