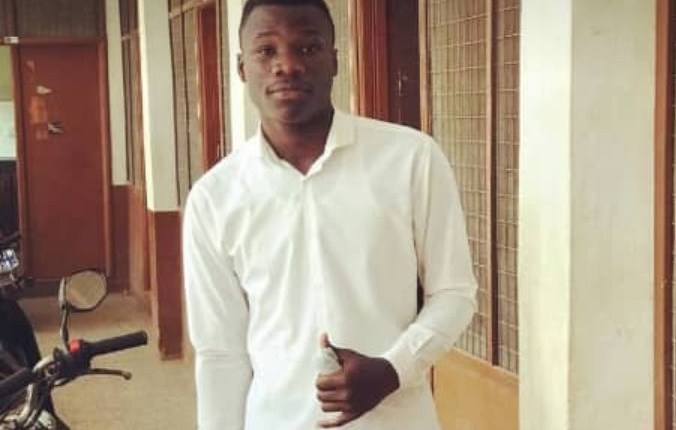 It has emerged that the final year student of the Wa Campus of the University for Development Studies (UDS) who committed suicide over poor academic performance, actually sent a suicide note to his mother who is said to reside in the Western Regional Capital of Takoradi and his girlfriend.

He is said to have apologized to the two women in his life for failing them and prayed that they forgive him for taking his own life.

In the message to his mother, he wrote ‘’Sorry Mama I failed you’’.

Enoch Akondor, a final year Development Planning student of the University for Development Studies, believed to be in his mid 20’s committed suicide by drinking a substance suspected to be poison on Saturday, January 26, 2019.

He is believed to have carried out the act over poor academic performance, which has resulted in him trailing in a number of courses.

Narrating the incident, colleagues of the deceased said he was usually the first to wake in the morning, but failed to do so on Saturday morning, prompting them to knock on his door in an effort to wake him up.

Their knocks and calls went unanswered, culminating in the engagement of the services of a carpenter, who broke open the door leading to the discovery of the body.

A bottle containing a liquid substance suspected to be poison was discovered beside the body, prompting conclusions that he might have died after drinking the content of the bottle.

The deceased is said to have also left a suicide not, detailing why he decided to take his life.

The police have been notified of the incident and they have commenced investigations while the body has been sent to the Wa regional hospital morgue for preservation.

There is no official statement from the school Authorities yet.