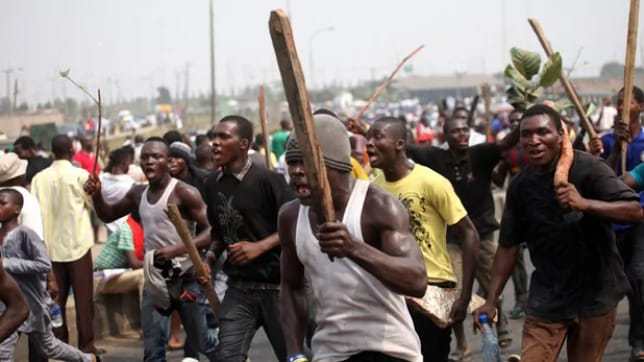 They accuse the NPP chairman who is also known as the governor of Kumasi, the Ashanti Regional capital of not taking care of them and looking on helplessly as they wallow in unemployment.

The vigilante group in Tafo Pankrono in the Ashanti region who nearly lynched the Member of Parliament for Old Tafo, Dr. Anthony Osei Akoto yesterday for failing to fulfill a promise giving them jobs to do, said the NPP chairman has not done anything to ameliorate their plight.

According to Musah Tasiru who is one of the leaders of the group and a polling station youth organizer in the Tafo Pankrono area, the Member of Parliament who doubles at the Minister for Monitoring and Evaluation went AWOL after winning the elections and was only spotted in the constituency yesterday for a meeting when they went and scuttled the meeting.

He said about 800 of them went to the venue of the meeting to meet the MP and demand to know when he will fulfill his promise to them, but did not have the opportunity because he was whisked away for fear of being lynched.

He served notice that if the MP fails to honour his promise, their next line of action will be catastrophic.