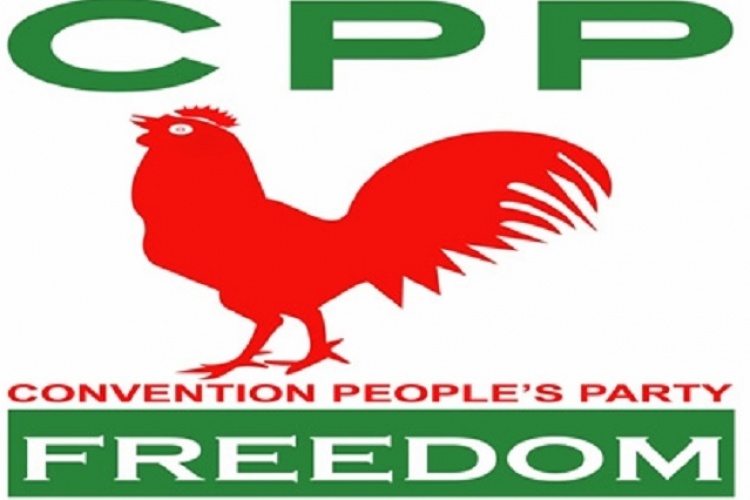 The Convention People’s Party (CPP) has opened nominations for regional executive positions in all sixteen (16) regions of the country.

The nominations which opened yesterday, July 1 2019, will close on Monday, July 8 2019, according to a press release signed by General Secretary, James Kwabena Bomfeh Jnr.

The statement opined further that forms are available in all regional offices.

‘’Fees being charged for the nominations are Gh₵3,500.00 for Chairman; Gh₵2,500.00 for Vice Chairman, Secretary and Treasurer; Gh₵2,000.00 for Organizer, Women Organizer, Youth Organizer and Education Secretary’’ it further averred. 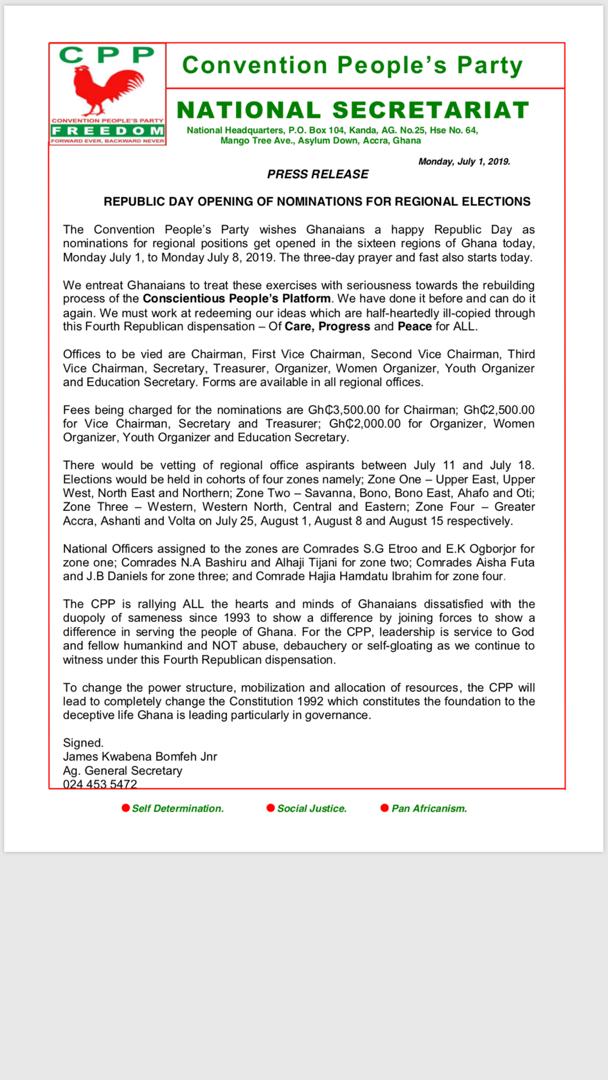