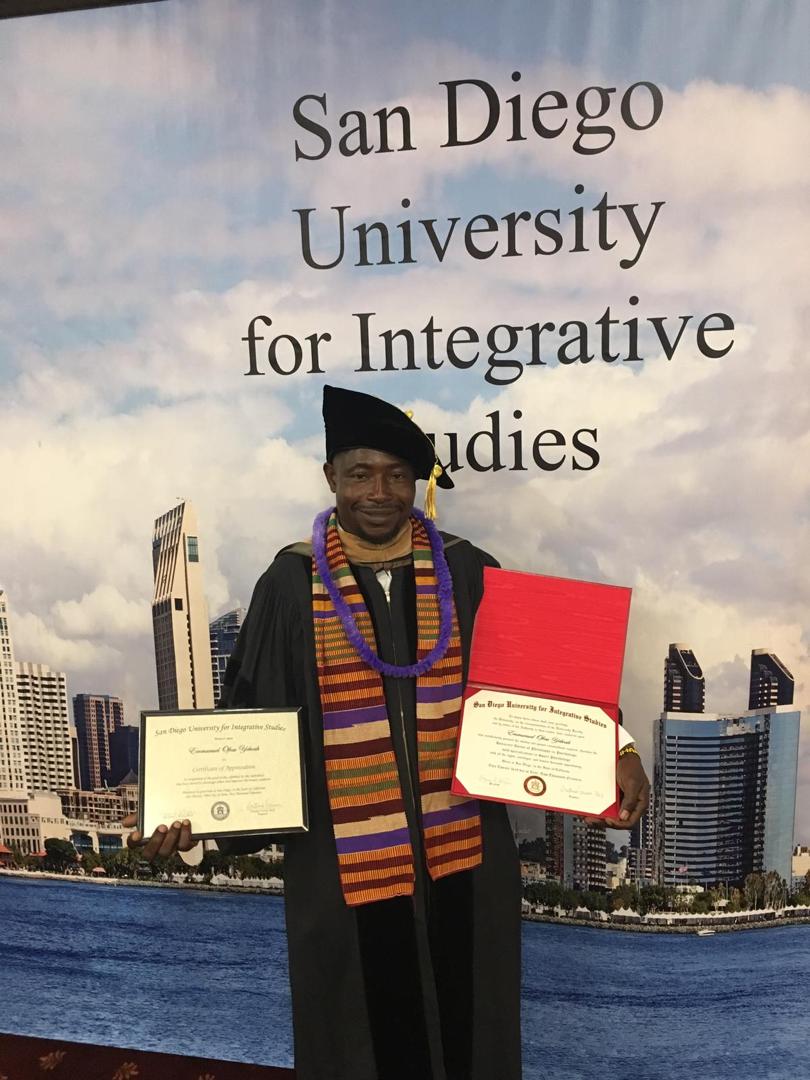 Mr. Ofosu Yeboah was awarded an Honorary Doctor of Philosophy in Psychology, with specialization in sport psychology on June 23, 2019.

A statement issued by the CPP and signed by its General Secretary, James Kwabena Bomfeh Jnr. eulogized Mr. Ofosu Yeboah for his great exploits and bringing honour to Ghana. 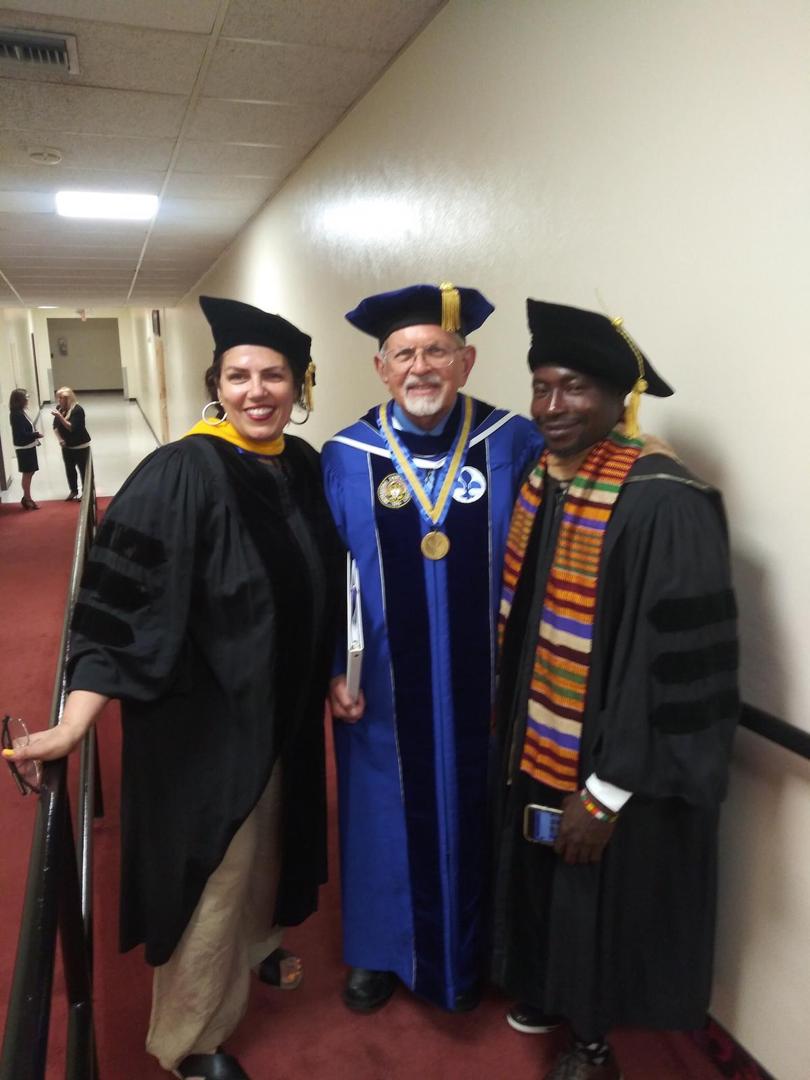 ‘’The CPP is proud of the efforts of Dr. Yeboah and hopes to work with him and others whose exploits are showcasing the capacities of persons living with disabilities to build integrative Ghana’’ the statement read in part.

It added that ‘’Indeed in 2005 his endeavours caught the attention of Oprah Winfrey who invited Dr. Yeboah to share his heart touching story. We believe that his example and that of many others who have gone unnoticed by Ghanaian Universities and Media Houses would challenge the nation into rethinking the disability question. In fact the World Health Organization is redefining disability to be seen more as a human condition and manifestation of a difference than a taboo as known to many cultures around the globe’’. 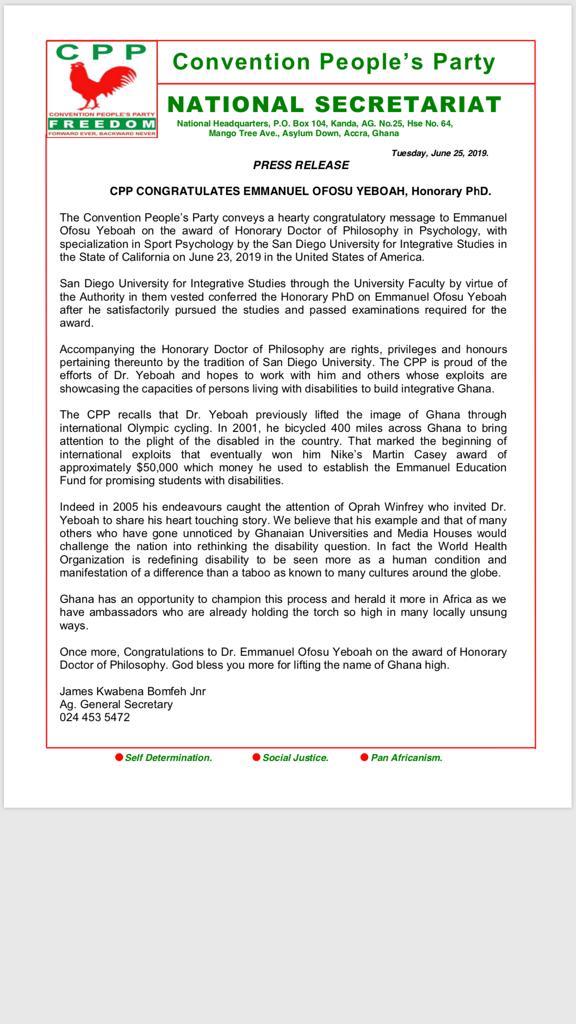