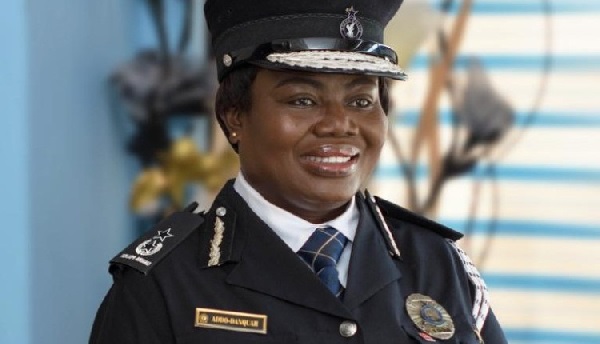 Information available to BestNewsGH.com indicate that four Commissioners of Police have been shortlisted for the position of Inspector General of Police (IGP).

Sources within the top echelons of the police service however say COP Ken Yeboah is out of the race and that it is currently being narrowed to COP George Alex Mensah, who is the Director-General in-charge of Police Operations, COP Dr. George Akuffo Dampare and the CID boss, COP Maame Yaa Tiwaa Addo-Danquah.

Except the CID boss who will retire in 2029, the rest will attain the mandatory retirement age of 60 in 2023.

The search for a new IGP has become necessary following the expiration of the 2 year contract offered the current IGP, David Asante Appeatu in 3 months time.

BestNewsGH.com can confirm that there is intense lobbying for the position by the various candidates with everyone trying to catch the eye of the powers-that-be, the President, the Vice President who is the Chairman of the Police Council and the Minister for the Interior under whose Ministry the Police Service fall.

Our sources say the lobbying will get even more intense in the ensuing days and that it looks as though Ghana is set to have the first female IGP in the person of Maame Yaa Tiwaa Addo-Danquah.