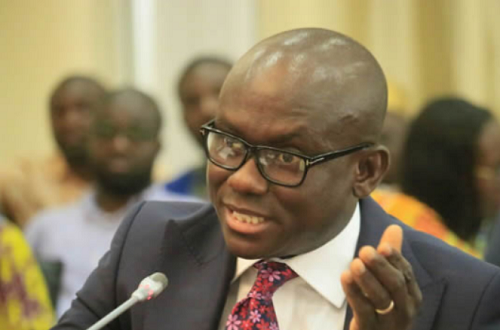 The Attorney-General and Minister of Justice, Godfred Yeboah Dame, has challenged African states to deepen democracy devoid of impunity on the continent.

He said that also required strong judicial and investigative systems that would prevent ceding sovereignty in the punishment of crime.

The Attorney-General threw the challenge when he addressed a conference on the International Criminal Court (ICC) and national justice in the fight against impunity in Dakar, Senegal, recently.

The conference was attended by justice ministers and other actors involved in matters affecting the rule of law and good governance in West Africa.

“The best form of support for the ICC is by African nations consolidating democracy in their jurisdictions and avoiding conditions suggestive of impunity calling for the intervention of the ICC,” Mr Dame said.

He said when democracy reigned and was practised in its purest form, with the citizenry feeling a sense of fulfilment of the entitlements of citizenship, impunity in general would be non-existent.

In relation to Ghana, the minister said it was governed on the basis of respect for human rights and thus had no difficulty supporting the work of the ICC.

“The nation’s recognition of and support for the work of the ICC are part of its cherished tradition and culture in the promotion and protection of international human rights and international courts set up with the object of consolidating such values,” he stated

Mr Dame said the country was the sixth to sign the Rome Statute establishing the ICC and was also one of the first countries to ratify the treaty.

“It is imperative to indicate that Ghana has been steadfast in upholding the tenets of the Rome Statute. Remarkably, Ghana was not one of the nations of the African Union which voted to pass a non-binding resolution in Addis Ababa in January 2017 for a mass withdrawal from the ICC.

“We recently ensured the election of a prominent Justice of the Court of Appeal, Sir Dennis Adjei, as a member of the Advisory Committee of the ICC, the body responsible for nominating judges of the ICC,” he said.

Mr Dame said Ghana’s relative political stability, with the avoidance of any coup d’état in over 40 years, coupled with the sustained practice of democracy under a written Constitution for the past 30 years, had placed it in a position where it could confidently assert that it had contributed positively to the establishment of a world order devoid of impunity but promoted human rights and good governance.

“As clearly stipulated in the Rome Statute, the purpose of the ICC is not to replace but to complement domestic legal systems, especially of weaker states which are either reluctant to bring perpetrators of crimes of concern to the international community to book or are incapable of dealing with them. The ICC does not assert primary jurisdiction over international crimes,” he stated.

Mr Dame indicated that if stakeholders genuinely desired the ICC to be effective, they had to pay due regard to the concerns of African countries on the need for some reforms in the operations of the court.

“These reforms essentially relate to the perception that the ICC was set up with the prime purpose of prosecuting only African leaders.

“For the court to be a credible institution for the enforcement of international justice, it must pay attention to the call for some reforms in its operations,” he said.

Mr Dame said the ICC was yet to effectively dispel the notion that its work was based solely on the consideration that the most serious crimes of concern to the entire international community must not go unpunished, and that prosecution was not based on other considerations or motives.

“It is important, in this regard, for powerful nations of the world to become members of the ICC to banish the perception that the court was set up to victimise Africans,” he said.