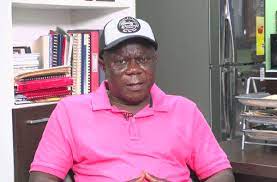 A four-member delegation of the Committee of Constitutional, Legal and Parliamentary Affairs of Parliament will today begin discussions with the Commonwealth Parliamentary Association (CPA) on the anti-gay bill currently before Parliament.

The delegation, led by the Chairman on the committee, Kwame Anyimadu-Antwi, left Accra yesterday for London for the talks.

It also seeks to criminalise a wide range of non-heterosexual conduct and habits and any advocacy for or in support of LGBTQ+ rights or persons.

Speaking with the Daily Graphic on Sunday, June 12, 2022, before leaving the country, Mr Anyimadu-Antwi said the meeting would also discuss “other issues”.

He explained that the invitation to the committee was extended through the Speaker, Alban S.K. Bagbin.

Consequently, he said, four members of the committee, including himself and the ranking member, Bernard Ahiafor, would attend the meeting, which is scheduled to begin from today, Monday, June 13, to Wednesday, June 15, 2022.

Mr Anyimadu-Antwi said the invitation to the committee was extended by the CPA, not the British Parliament, as reported in a section of the media.

He said the CPA, of which Ghanaian parliamentarians were members, was headquartered in the UK and added that Ghana’s Parliament was not subservient to the British Parliament, as the media reports sought to portray.

“The issue, therefore, should not be misconstrued that it is the British Parliament that has invited the committee to the meeting,” he said.

Mr Anyimadu-Antwi, who is the Member of Parliament (MP) for Asante Akyem Central, said the work of the committee on the anti-gay bill was on course.

He said the process had not delayed, as the Minority caucus in Parliament wanted the public to believe.

He said the committee had about eight more memoranda to consider and those who submitted them wanted to be heard in-camera.

“So we are on course and we have not delayed the bill,” he said.

On the floor of Parliament last week, some members of the Minority caucus raised the issue that the Committee on Constitutional, Legal and Parliamentary Affairs was deliberately delaying in presenting the anti-gay bill to the plenary to be passed into law.

They blamed the delay on the chair of the committee.

But Mr Anyimadu-Antwi, in his explanation on the floor of Parliament, said the committee had not delayed in its work.

The CPA works to promote knowledge of the constitutional, legislative, economic, social and cultural aspects of parliamentary democracy, with particular reference to the countries of the Commonwealth.

Founded in 1911, it is one of the oldest established organisations in the Commonwealth.

It is a membership association which brings together members, irrespective of gender, race, religion or culture, who are united by community of interest, respect for the rule of law and individual rights and freedoms and by the pursuit of the positive ideals of parliamentary democracy.

The association is made up of over 180 legislatures (or branches) divided up between nine geographic regions of the Commonwealth and it offers a vast opportunity for parliamentarians and parliamentary staff to collaborate on issues of mutual interest and share good practice.