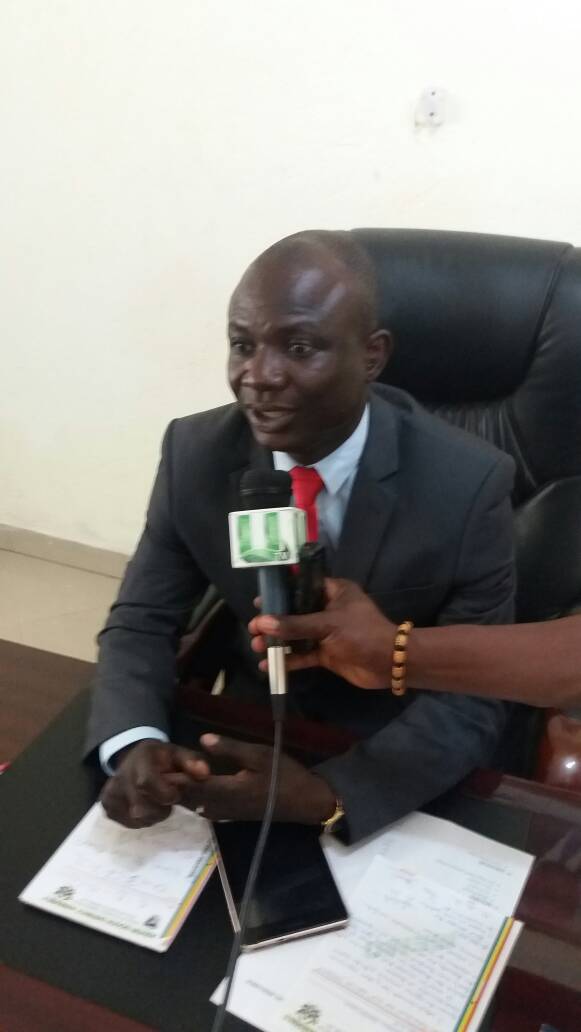 ‘’If he was sensible, he would not go about talking the way he is talking, particularly because of my relationship with his father who was a chief in the area. I have fed him before, I have paid his school fees before and I have given him pocket money before’’.

Those are the words of embittered National Democratic Congress (NDC) Member of Parliament for Asutifi South Constituency in the Brong Ahafo Region, Collins Dauda who is hurt by allegations leveled against him by the DCE for Asutifi South, Robert Dwomoh Mensah.

Mr. Dwomoh Mensah in the heat of the order by the Inspector General of Police for the arrest of Mr. Dauda a couple of days ago for some violence that occurred at a registration center in the Ahafo area during the limited voter registration exercise made several allegations against the MP, insinuating that he is a violent person who foment trouble in the area.

But the MP who seems very peeved about the DCE’s pronouncements described him as a senseless person who is ungrateful for the support he offered him while he was a student.

According to the MP, he had a very close and cordial relationship with the DCE’s father who was a chief in the area, adding that Mr. Dwomoh Mensah should bow his head in shame for disgracing his father.

Mr. Dauda narrated how he paid the DCE’s school fees, gave him pocket money and bought provisions for him when he was a student, adding that the DCE has allowed politics to becloud his sense of reasoning.

He also took a swipe at the Ghana Police service for the ‘rambo’ style visit they paid to his house at 2am on the days his arrest was ordered, describing it as unprofessional.