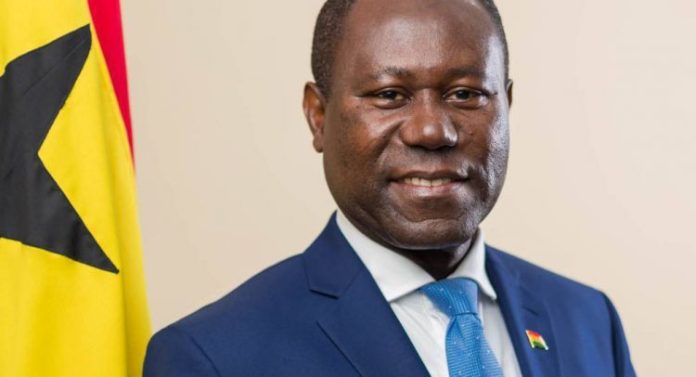 Chief Executive of Ghana Cocoa Board (COCOBOD), Mr Joseph Boahen Aidoo has called on managers and directors of the board to work innovatively to change the fortunes of the cocoa industry.

He made the call when he briefed managers and directors from the head office, divisions and subsidiaries at a meeting held at Cocoa House in Accra on key matters affecting the cocoa industry.

He mentioned the implementation of the Productivity Enhancement Programmes (PEPs) and other interventions and how to ensure that the programmes culminate into the successes envisaged by the board as some of the key focus areas of the board.

The COCOBOD chief disclosed that it was the first time that the board was meeting in that manner due to the importance the board attached to their new programmes.

He added that it is COCOBOD’s resolve to change the fortunes of the cocoa sector. “We don’t want you to be at the periphery, but rather, be active in the implementation of formulated programmes due to the important roles that you play.”

Mr Aidoo intimated that the management and staff of the COCOBOD should position themselves in a way that will put the industry on the right path. “If you don’t play your roles effectively, when there is success, it will be difficult for you to be part of the celebration,” adding that, “We want to change the traditional ways to modern ways of doing things in the cocoa industry in this new chapter of COCOBOD,” he concluded.

Deputy Chief Executive in charge of Finance and Administration, Mr Ray Ankrah disclosed that COCOBOD’s financial policy has changed, and there is the need to know in order to act accordingly in support of the industry to have a smooth progress.

He noted that without good financing, nothing can be done, calling for financial prudence in the implementation of all programmes by the board. He called for the justification of all expenditures before they could be approved for implementation.

“’This time round, whatever expenditures we make should raise our yield and break our own production yield record of one million metric tonnes.”

He added that it was important for the board to find means of paying off the cost of financing and again break away from the 27 years of syndicated loan for cocoa purchases. He concluded that in order to do this, COCOBOD needed to learn to live within its means in the new paradigm.