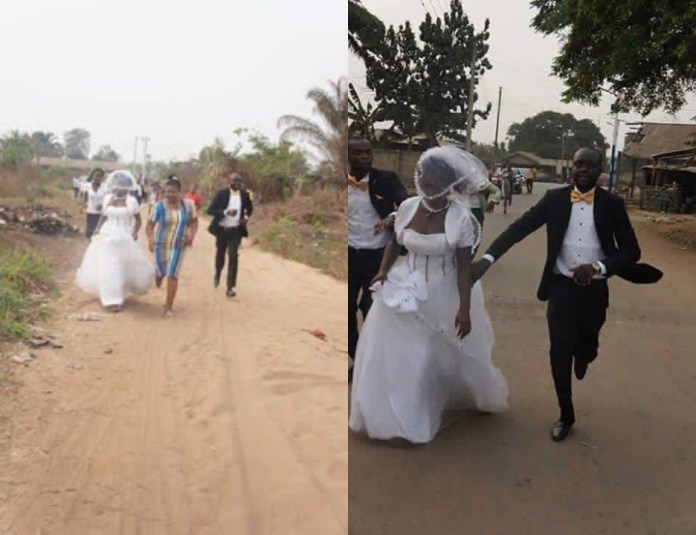 There was confusion at a wedding in Accra on Saturday, July 20, 2019, after another lady showed up claiming she was pregnant for for the groom.

The confusion led the bride’s family to return the man’s dowry at the church premises and cancel the wedding.

According David Papa Bondze-Mbir who narrated the incident in a series of posts on Facebook, the wedding was supposed to start at 10:30am. But as at 12:00pm, the the bride and her family had not appeared even though the groom, his family, and invited guests had been seated for a while. The bride’s phone and those of her family members had been switched off.

While still at the church, rumours started circulating that the groom’s side-chick had stormed the house of the bride with proof that she was pregnant for him.

Interestingly, the traditional marriage ceremony had been done earlier in the morning and thus brought about huge problems for the family.

After carefully thinking through the issue, the bride’s family decided to cancel the wedding between the two.

The family thus returned the engagement drinks and items to the groom’s family at the Church’s premise which was still packed.