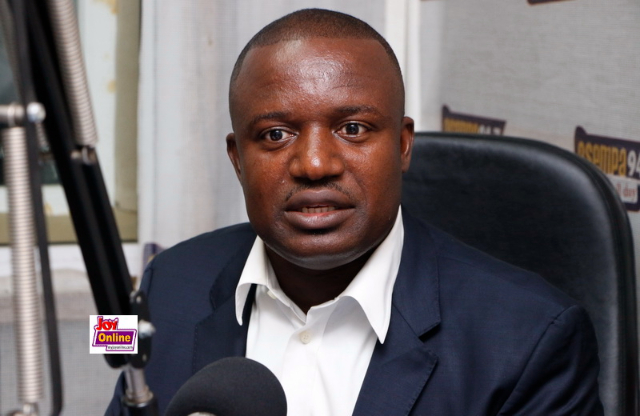 Opposition National Democratic Congress (NDC) Member of Parliament for Yapei/Kusawgu in the Northern region, John Jinapor has rebutted suggestions by the Minister-Designate for information, Kojo Oppong Nkrumah that clearance has been given for government to employ some 145 thousand Ghanaians.

According to him, government intends to use monies from the District Assemblies Common Fund for the announced jobs which approval parliament has refused to give.

Minister-Designate for information, Kojo Oppong Nkrumah on Tuesday October 9 2018 announced that Clearance had been given for government to employ some 145 thousand people in the various employment modules introduced by government.

According to him, some 24 thousand nurses and other health professionals, 7 thousand Agric extension officers, 9, thousand teaching and nonteaching staff, 1 thousand afforestation personnel and the 100 thousand NABco beneficiaries will be employed.

He went further to explain that some of the people to be employed have already gone through medicals and interviews while others are still going through the online processes.

But Mr. Jinapor reacting to the announcement emphatically said no such clearance has been given, explaining that the Administrator of the District Assemblies Common Fund, Ms. Naa Torshie Addo submitted a letter to parliament seeking clearance for monies earmarked for the various Metropolitan, Municipal and District Assembles (MMDA’s) to be used for the employment drive, a request the committee of the whole rejected.

He explained that the basis for the rejection of the request is premised on the fact that the Assemblies are grappling with so many issues that requires urgent attention, adding that once monies meant for them are diverted, it will exacerbate their already precarious situation.

He served notice that both the Finance Minister and the Administrator of the District Assemblies Common Fund will be summoned before Parliament to explain who they got the clearance to employ the 125 thousand people from.