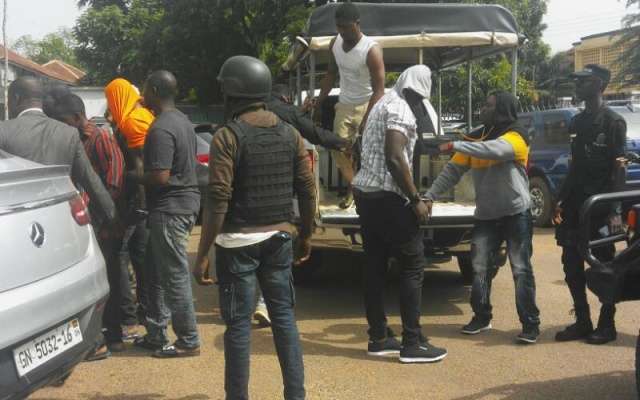 Lawyer for the two arrested Delta Force members in the Ashanti Regional capital, Kumasi, William Kusi has fingered some New Patriotic Party (NPP) big shots in the region of being behind the predicament of his clients.

The two suspects aged 51 and 49 who appeared in court yesterday on charges of misdemeanor have been remanded in police custody for two weeks.

The arrested men are also said to be polling station executives in the Tafo Pankrono area.

But their lawyer, speaking an Accra based okay fm and monitored by BestNewsGH.com, said even though they would like to explore an out of court settlement of the matter, the posturing of those who reported the group to the police, particularly the Tafo Pankrono constituency chairman, makes that alternative a bit tight.

Mr. William Kusi said the party leadership in the region including the regional chairman, Bernard Antwi Bosoako also known as chairman Wontumi have all kept quite over the issue because there are some unseen hands pulling the strings.

In his estimation, the charge of misdemeanor did not warrant the remand slapped on the suspects, adding that the law stipulates that a culprit found culpable of such an offence be cautioned or fined, but cannot be imprisoned.

He has indicated their resolve to continue to explore other ways of resolving the matter and to ensure the release of the two suspects.