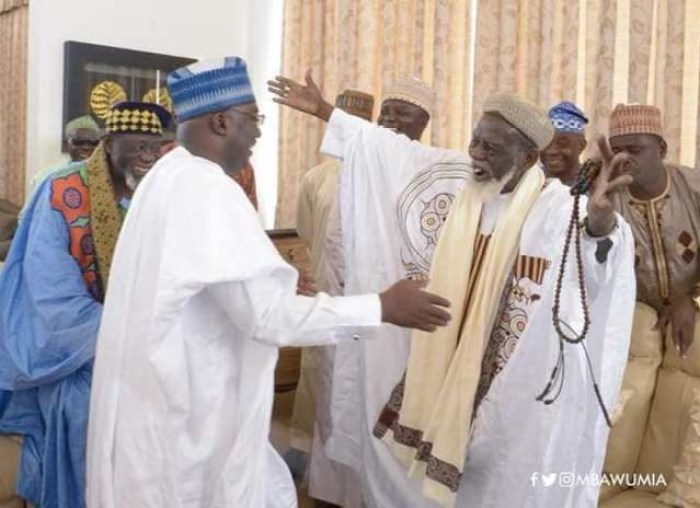 The Office of the National Chief Imam (ONCI) says it has observed the changing pattern of politics in the Zongos ever since the Dr. Mahamudu Bawumia assumed office as Vice President.

The Office further commended Dr. Bawumia for inspiring many development initiatives in Zongo communities, especially in the area of education.

“The Office of the National Chief Imam (ONCI) wishes to take this opportunity to express its gratitude to the Vice President and the President for some number of initiatives that the current administration took to uplift and raise the living standards of the Zango community, part of which is the establishment of the Zango Development Fund (ZDF), the acquisition of 40 scholarships specifically for residents of the Zango community to study medicine and other science related fields in Cuba and the Government’s plan to make this program an annual exercise.”

In a direct caution to other political parties and leaders without policies whose sole aim is to exploit Zongo communities by attempting to woo them through the provision of sugar and rice, the Office of the National Chief Imam said Zongo communities of today are wide awake and are not interested in such politics.

“The Zango communities of today (is) no longer interested in receiving bags of rice, sugar and some material things during festive seasons, but rather scholarships, employment for its graduates, vocational skills for its drop-outs and entrepreneurship/empowerment training that will translate into development in the Zango communities.”