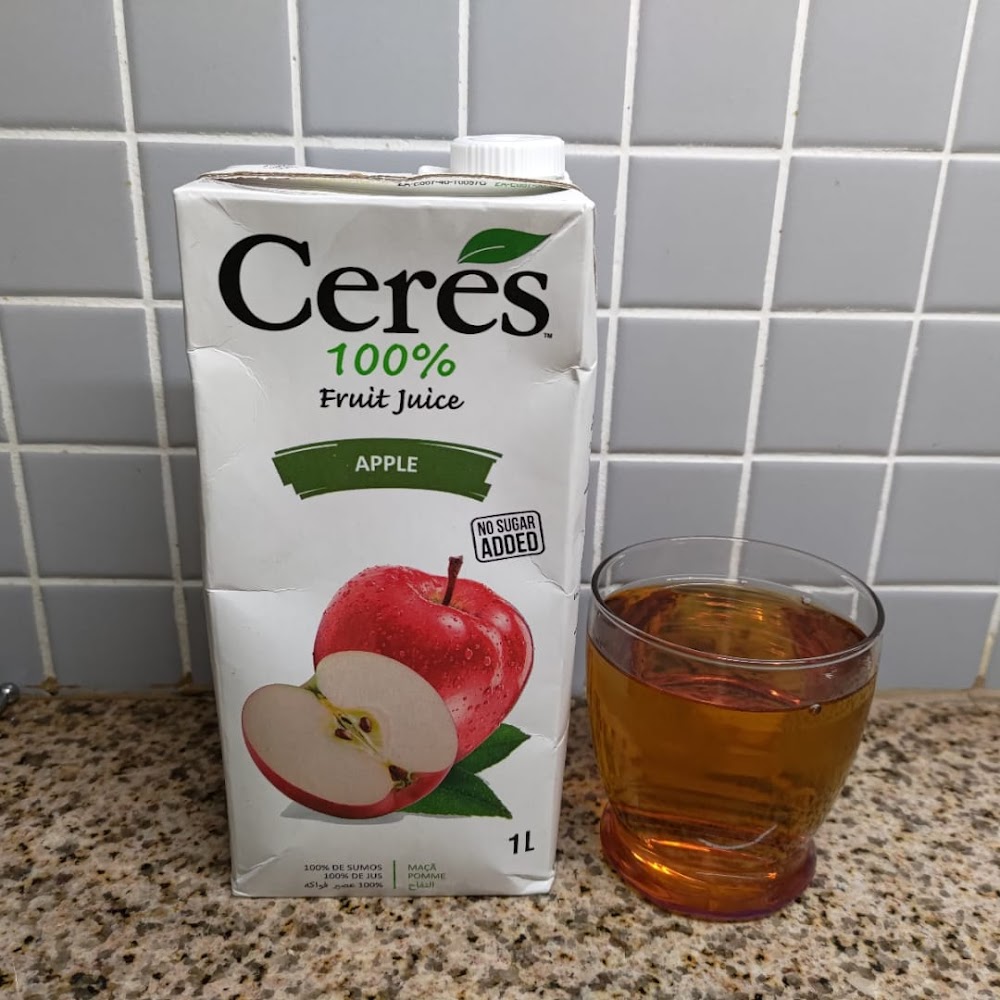 South African food and beverage manufacturer Pioneer Foods has recalled its Ceres apple juice brands that sells in Ghana and other common markets in African countries due to contamination of mould toxins.

The recalled brands were detected to have elevated levels of patulin – a fruit-based mould which when consumed can cause nausea, gastrointestinal disturbances, and vomiting, according to the World Health Organisation (WHO).

Batches of the apple juice product are being recalled after elevated levels of patulin were detected, the Food and Drugs Authority (FDA) in Ghana said in a statement on Friday (October 15, 2021).

The organic compound can occur in fruits such as apples due to fungal contamination before and after harvest.

The move comes after the International Food Safety Authorities Network informed the FDA of the recall of “Ceres 100% Apple Juice” products.

In Ghana, the Food and Drugs Authority (FDA) has alerted the public about the recall of the product – Ceres 100% Apple Juice.

The Ghana FDA has listed the details of the affected batches in Ghana which are considered unwholesome for consumption.

A statement dated Friday, October 15, 2021, signed and issued by the DCE of Health Products and Technologies Division, Mr Seth K. Seaneke said the Ghana FDA in collaboration with Transmed Ghana Limited in Accra is drawing the attention of the public to the ongoing product recall of certain batches of Ceres 100% Apple Juice.

It said the move follows information received from the International Food Safety Network (INFOSAN) and the manufacturer of the product, Pioneer Foods Groceries (Pty) Limited, South Africa confirming that extensive laboratory tests and consultations with their local supplier of the apple juice concentrate, revealed that it contained levels of mycotoxin-patulin higher than the regulatory threshold.

“It is important to note that so far, most of the affected batches have been successfully retrieved and this includes all the 1 Litre pack sizes.”

“The FDA’s Market Surveillance team is therefore working earnestly with the importer to remove all the affected products in trade and is calling on persons in possession of the above products to return them to any of the depots of Transmed Ghana Limited, nationwide or to any FDA offices across the country.

The FDA assured the public that it will continue to monitor the situation and keep the public updated.

In East Africa, the Common Market for Eastern and Southern Africa (Comesa) Competition Commission on Wednesday said Pioneer Foods had informed it that the affected juice brands were imported and marketed in several countries including Kenya.

“In view of the foregoing…the Commission would like to inform the general public to exercise caution and avoid the purchase or consumption of the recalled products,” said the regional trading bloc’s competition watchdog in a statement, the Business Daily reported.

“If the above products were already purchased, consumers are advised to return the products where they were purchased for a refund or replacement.”

The Business Daily reported that a spotcheck carried out on Wednesday afternoon showed the products were still retailing in several retail outlets within Nairobi.

The South African firm said separately its investigation had confirmed that “a limited quantity of apple juice concentrate supplied to them contained elevated levels of patulin, a mould toxin mainly found in rotting apples.”

“The recall is based on the presence of patulin in a concentration of more than 50 parts per billion (ppb), which is the regulatory threshold,” the company said.

The World Health Organisation states patulin, which is classified as a mycotoxin, is a naturally occurring toxin created by certain moulds that can be found in apples and apple products.

The risk of consuming patulin exceeding 50μg/l may lead to vomiting, nausea and gastrointestinal symptoms.