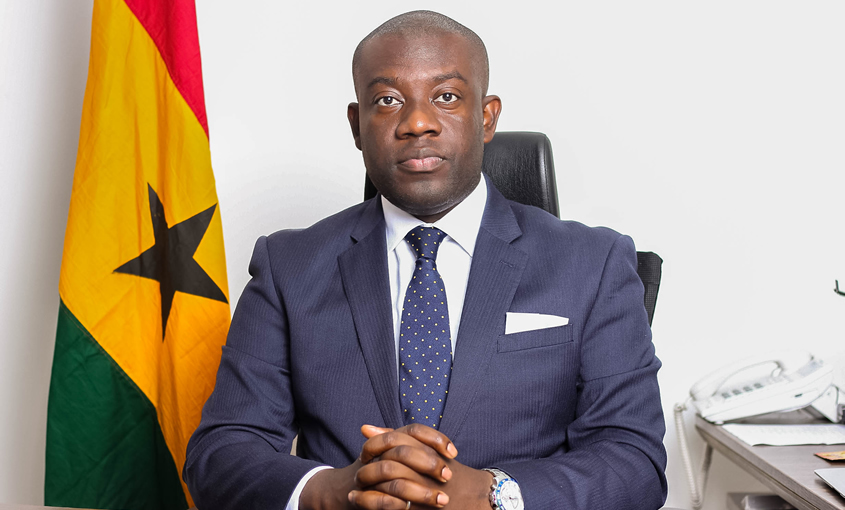 Government has extended its appreciation to the generality of the Ghanaian people for the successful organisation and execution of the funeral of the late Mr. Kofi Annan, former United Nations Secretary General.

A statement issued by government and signed by Minister designate for information, Kojo Oppong Nkrumah particularly singled out for commendation, the security agencies, protocol officers, traditional rulers, the media as well as members of the Ghanaian and international communities.

‘’It is our hope that the values exhibited by the former United Nations Secretary General, which include excellence, humility and peace will become subjects of our attention in the aftermath of his passing’’ the statement concluded.

Attached is the letter of appreciation issued by the Minister. 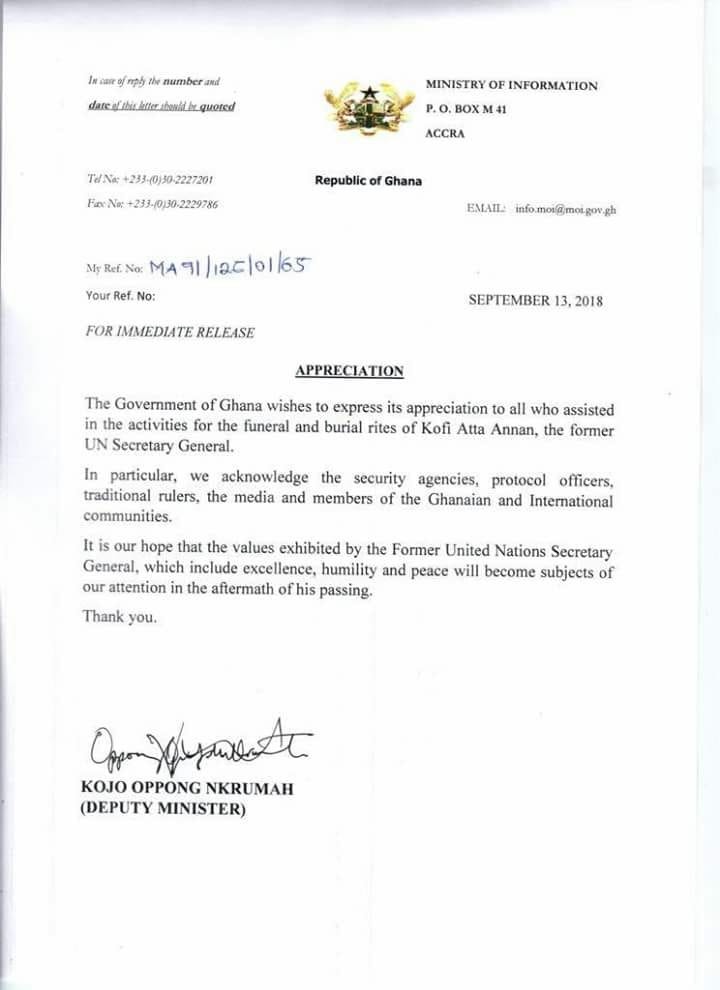