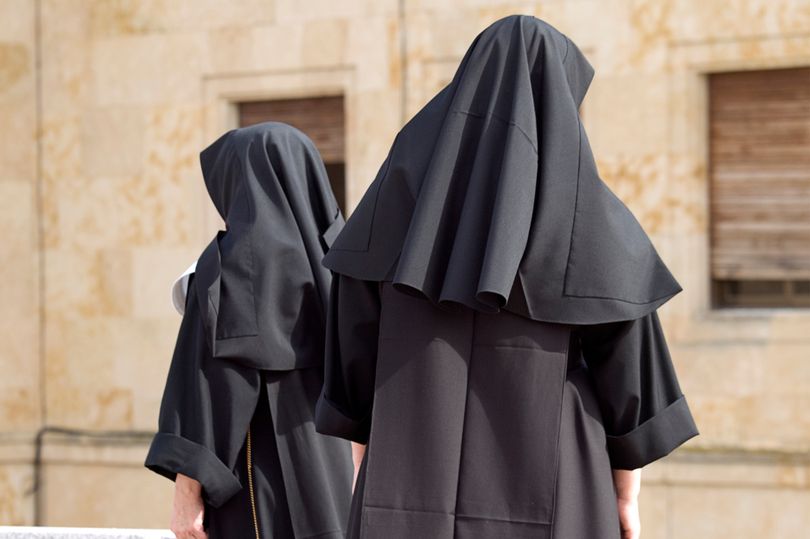 Two nuns are now under investigation by the Catholic church after they fell pregnant while carrying out missionary work in Africa.

The two women, from different orders in Sicily, were on separate charity assignments on the continent.

One 34-year-old woman only found out she was pregnant when she went to hospital complaining of stomach pains.

The other woman, a mother superior, was working with “fallen women and their children” when she discovered her own pregnancy.

A Catholic church source in Rome told The Sun: “There is consternation at this news.

“It appears that both women were back in their home nations and obviously had some form of sexual encounter”.

“An investigation has been launched; they both breached strict rules of chastity but the welfare of their children is uppermost.”

It is thought the women are likely to leave their religious work when their children are born.

Earlier this year Pope Francis, who has 18 million followers on Twitter, said that some nuns had been sexually abused by priests and bishops, even using them as sex slaves.

He also acknowledged that sexual abuse of nuns “was still taking place”.

Speaking to reporters on a historic tour of the Middle East in February, the pontiff said the church had an issue and “the roots lay in society seeing women as second class”.

He said: “Pope Benedict had the courage to dissolve a female congregation which was at a certain level, because this slavery of women had entered it – slavery, even to the point of sexual slavery – on the part of clerics or the founder,” the BBC reported.

Pope Francis said sexual abuse of nuns was an ongoing problem, but happened largely in “certain congregations, predominantly new ones”.

“I think it’s still taking place because it’s not as though the moment you become aware of something it goes away.”