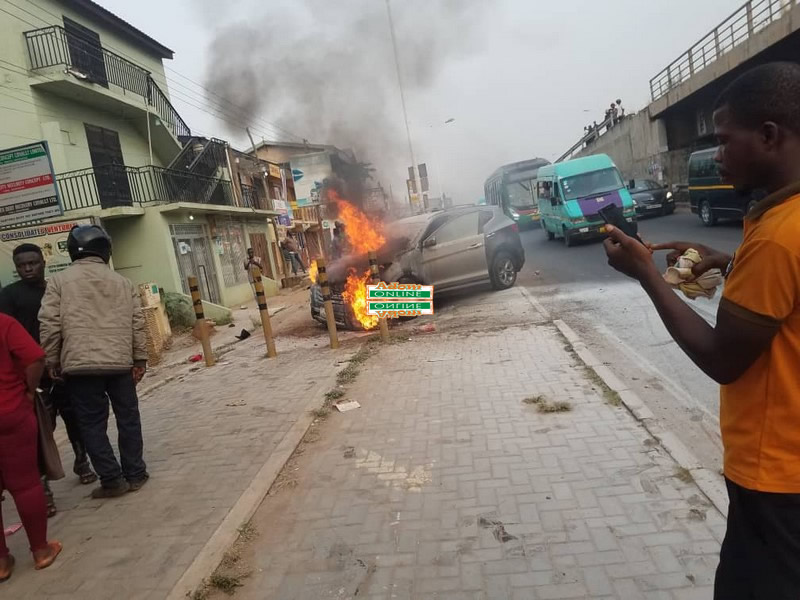 A desperate driver had no option than to veer into the sidewalk of the main Achimota Mall road after it caught fire, while in motion.

BestNewsGH.com can report that the Hyundai Santa Fe with registration number GW 6363-16 caught fire while in motion, forcing the driver to panic and veer off into the sidewalk, crashing it in the process.

The driver of the vehicle, this website can report, escaped unhurt, while residents and passersby who were close to the scene, helped to put off the fire.

BestNewsGH.com sources intimate that a security official who is stationed at the Jubilee House, Inspector Samuel Ninson was the first to arrive at the scene and after examining the car which was being driven by a middle-aged woman, said the cause of the fire was electrical.

No casualties were recorded and the timely intervention by good Samaritans, helped to prevent an explosion.