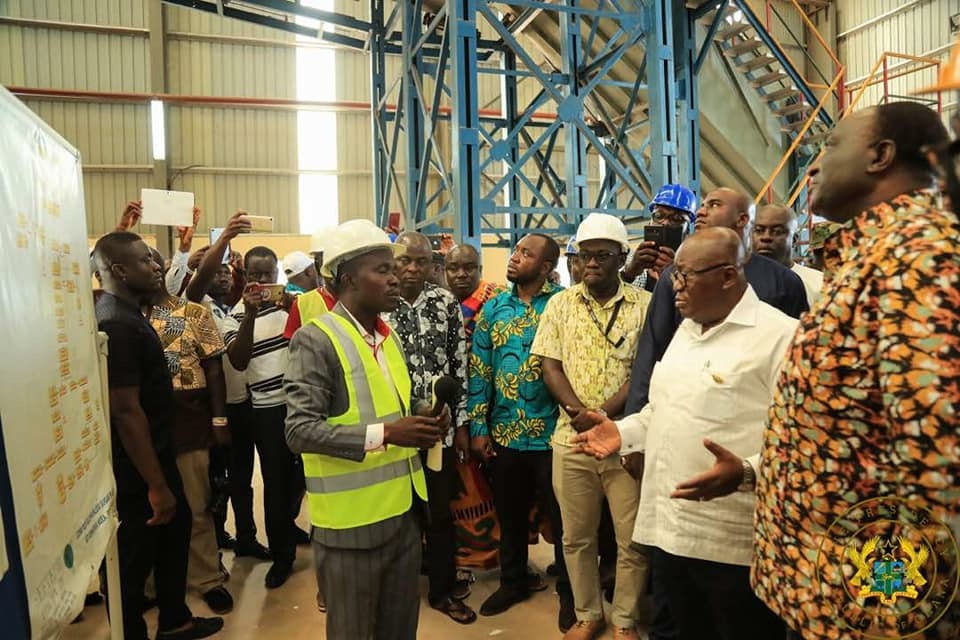 President Nana Addo Dankwa Akufo-Addo  has stated that Government is in the process of finding a strategic investor to revive the “debt-ridden and idle” Komenda Sugar Factory.

According to President Akufo-Addo, the search for a strategic investor has become necessary because his administration, upon assuming office on 7th January, 2017, inherited a non-operational Komenda Sugar Factory.

The President noted that, after its commissioning in 2016, the Komenda Sugar Factory has not undertaken any commercial processing of sugarcane into sugar, due to serious deficiencies in the planning of the project.

These deficiencies, he said, include the unavailability of sugarcane in sufficient quantities in the catchment area, as well as inadequate working capital required to make the factory functional.

President Akufo-Addo made this known on Friday, 14th September, 2018, when he addressed a durbar of chiefs and people of Komenda, in the Central Region at the commencement of his 4-day tour of the Region.

Additionally, it has also been determined that the general soil condition of the available land is not wholly suitable for sugarcane cultivation, and will require substantial amounts of fertilizer input to improve the yields.

It is against this background, and in reaction to appeals made by the Omanhen of the Komenda Traditional Area, Nana Kojo Kru II, for the revival of the factory, that President Akufo-Addo indicated that a new strategic investor is being sought for the operationalization of the factory.

The President was hopeful that a strategic investor would be found soon for the factory.

With residents of Komenda being predominantly fisherfolk, the President assured the Chiefs and people that the processes for the establishment of landing beaches and sites in coastal communities such as Komenda, Elmina, Jamestown, Keta and Axim, among others, are at an advanced stage, aiing that soon the construction of these landing sites will commence.

“We came to improve the standards of living of the Ghanaian people, and that is what my government is doing. My predecessor left me with only debt, even though he was the single largest recipient of revenues of all Presidents put together since the time of Kwame Nkrumah. However, I remain unshaken, and I am working to fulfil my promises to the Ghanaian people,” he added.

President Akufo-Addo, as part of his visit to Komenda, also took time to see for himself, at firsthand, the state of the Komenda Sugar Factory.