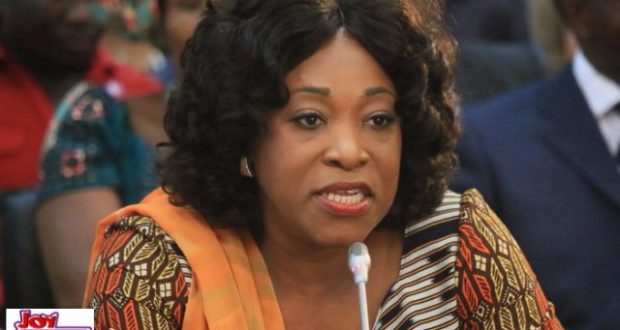 The Ministry of Foreign Affairs has announced that passport forms will no longer be sold, but acquired free of charge.

According to the Ministry, beginning today, November 1 2018, a Portable Devise Format (PDF) version of the paper-based (manual) passport application form has been introduced to applicants on the Ministry’s portal.

A statement issued by the Ministry a while ago said in part ‘’ the introduction of the PDF form is part of measures to make passport forms readily available to all Ghanaians.

The move according to the statement is also to eliminate middlemen also known as ‘goro’ boys whose illegal activities have been characterised by bribery and corruption in the passport acquisition process.

See below the statement as issued by the Ministry. 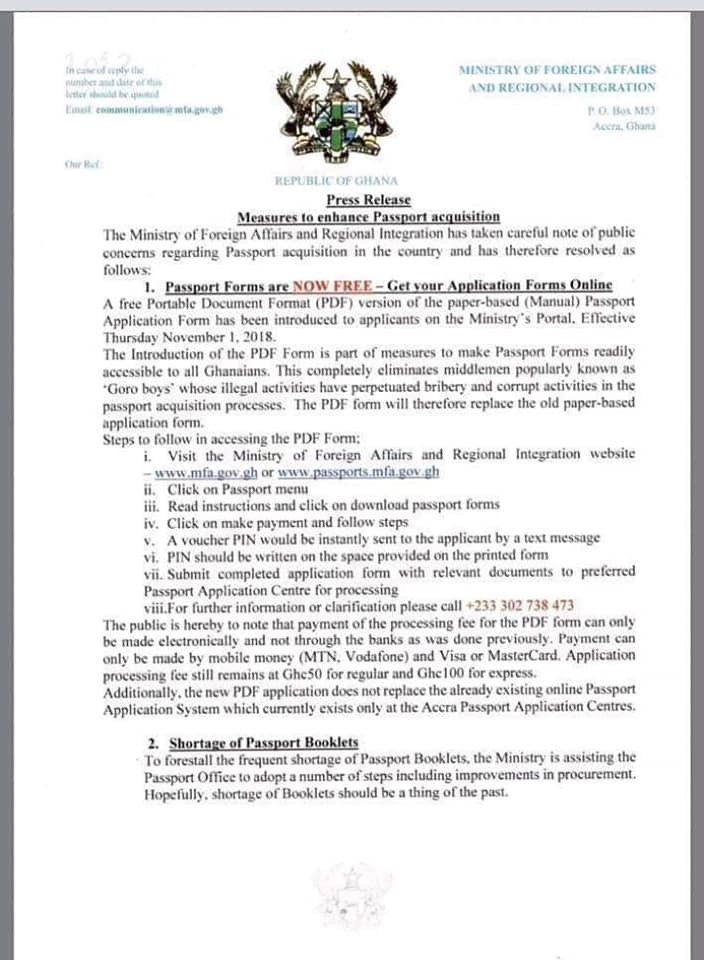 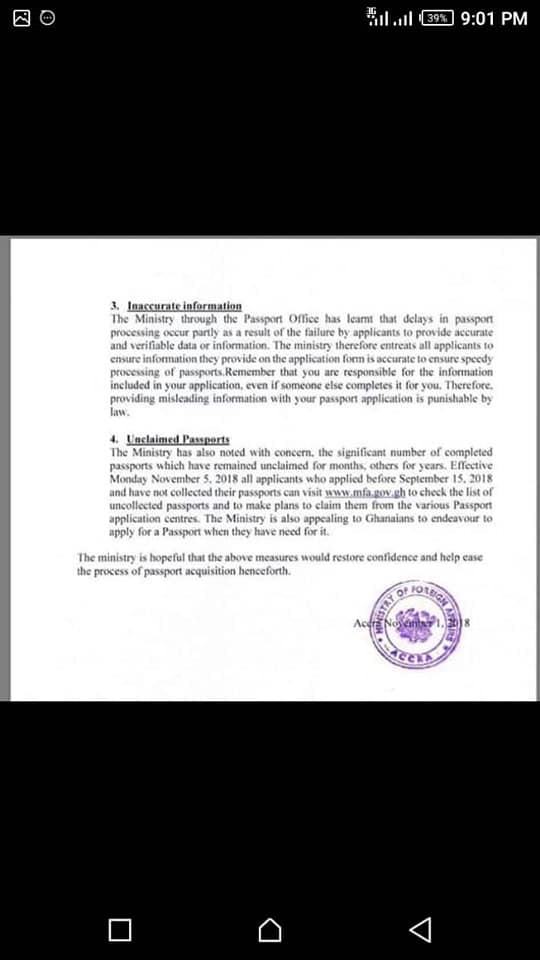