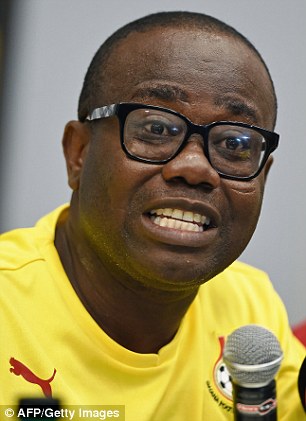 Government has accused former Ghana Football Association President, Kwesi Nyantakyi of squandering some 3.5 million dollars released to the FA by government towards the preparation of the national team for the 2014 World Cup.

A report from government to FIFA upon request from the latter for information on Mr. Nyantakyi said the former FIFA executive committee member also appropriated some 412 thousand dollars without receipts or justification.

The document also revealed that Mr. Nyantakyi again failed or refused to account for the distribution of some 557, 500 dollars.

Both FIFA and government indicated their intention and determination to keep the correspondence confidential.

See below the correspondence from the two sides. 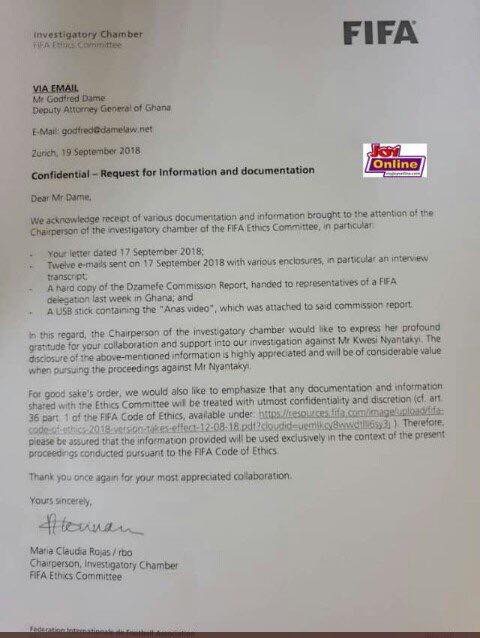 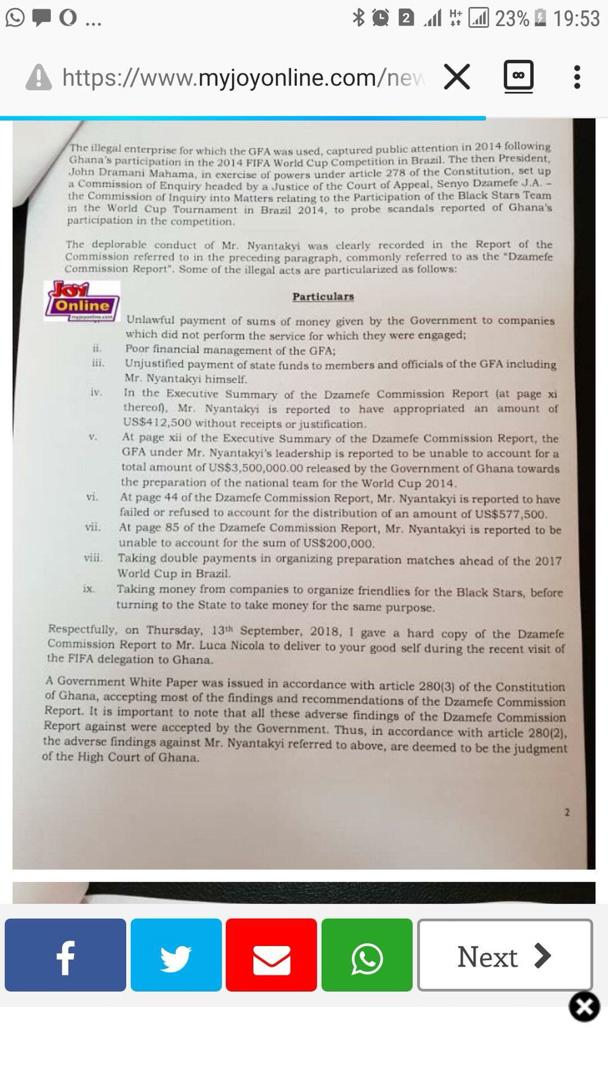