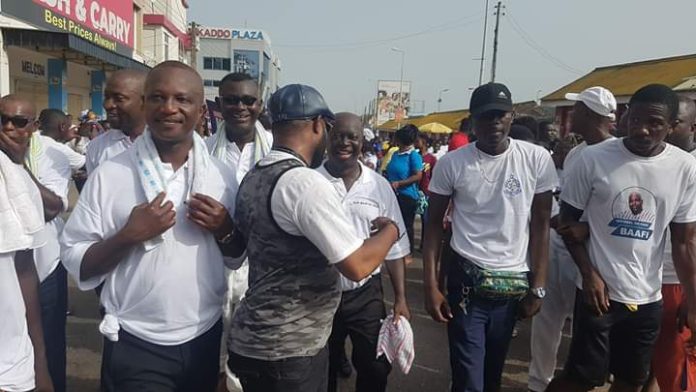 The coach of Ghana’s senior national football team – Black Stars – was over the weekend spotted among supporters of the New Patriotic Party at a health walk throwing support for a potential parliamentary candidate.

Coach Kwasi Appiah joined supporters of the Free Zones CEO during the walk which saw some executives of the NPP Eastern region declaring support for Mr. Michael Kofi Okyere Baafi to stand for the New Juaben South seat.

Addressing thousands of supporters of the party converged at the Jackson Park after a Health Walk, the Regional Vice Chairman of the NPP, Alhaji Omar Bodinga and the Director of Communication, David Prah openly declared their support for Mr. Baafi.

“We believe if Kofi Baafi becomes a candidate, the work we did in 2016 will be boosted and about 25,000 more votes will be added in the Eastern region,” Alhaji Bodinga told supporters of the party.

Mr. Baafi used the platform to declare his intention to contest the New Juaben seat, assuring electorate he will change the “face of politics” in the constituency through education, job creation, and infrastructure development.

According to him, politics is about development therefore when he becomes their lawmaker he will explore other opportunities and networks to create economic opportunities for the constituency.

He questioned why the current New Juaben South MP has not been made a minister contrary to tradition, insisting there is “something wrong.”

The Health Walk which climaxed a week long activity and donations to institutions in the constituency by Friends of Baafi, was graced by some presidential staffers, actress Jackie Appiah and veteran Sports presenter Kwabena Yeboah among others. 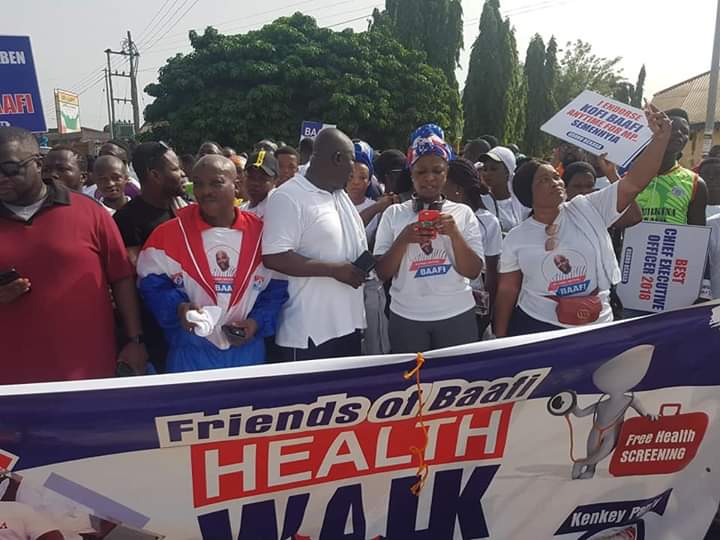