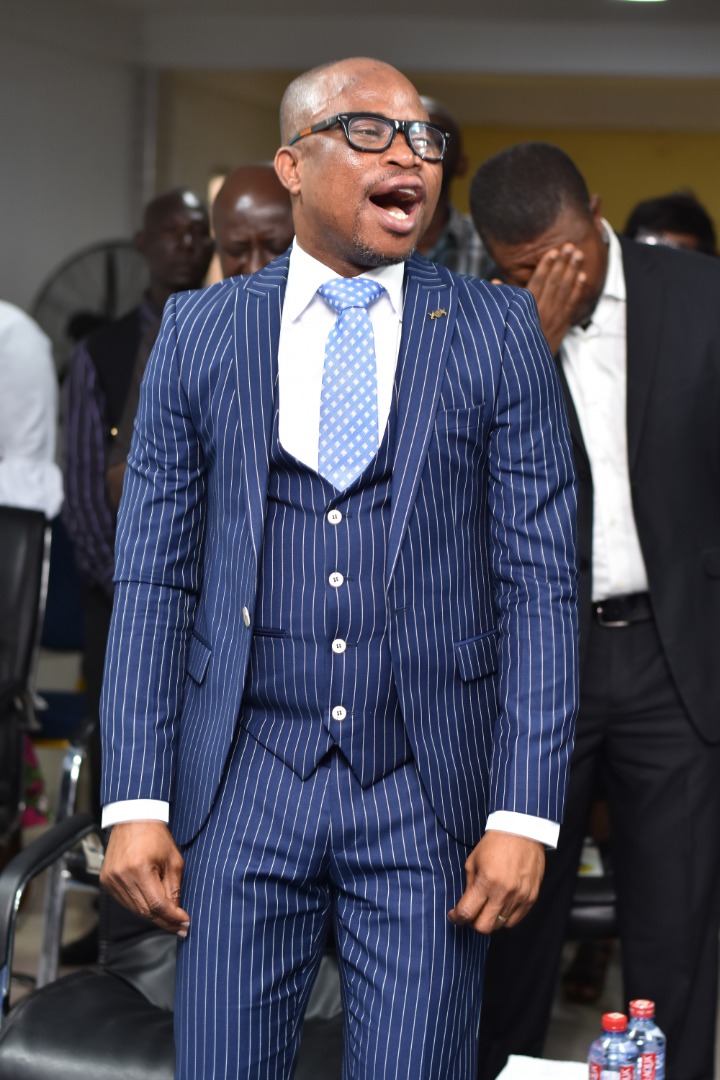 Revered Man of God and Senior Pastor at Liberty House Christian Centre, Prophet Luke Luki Barson is warning Christians the world over, to be wary of the machinations of charlatans, spiritual imposters and fraudsters who will come in the name of preaching or teaching the gospel of Christ.

He is of the strong conviction that the gospel of Jesus Christ is fast taking a nosedive in which the church is beginning to experience scandalous shame in magnanimous proportions.

Preaching at an all-night service at Liberty House Christian Centre at Tema community 25, Prophet Luke Barson opined that the cardinal motivation of such characters is to amass wealth, a trend he says has made it difficult for Christians to distinguish between genuine Men of God and the fake ones.

‘’I urge Christians to read the Bible. How can a preacher give a prophetic direction to bath a woman in the river or at sea? When did preachers turn coast guards or marine engineers? Your salvation is too precious for you to put it in the hands of charlatans and fraudsters’’ he said.

The Executive Director of Liberty House Foundation, a not-for profit organization continued ‘’the Bible says but there were false prophets among the people, even as there will be false teachers among you, who will secretly bring in destructive heresies, even denying the Lord who bought them, and bring on themselves swift destruction. And many will follow their destructive ways, because of whom the way of truth will be blasphemed. By covetousness they will exploit you with deceptive words; for a long time their judgment has not been idle, and their destruction does not slumber” 2 Peter 2:1-3 ( NKJV).