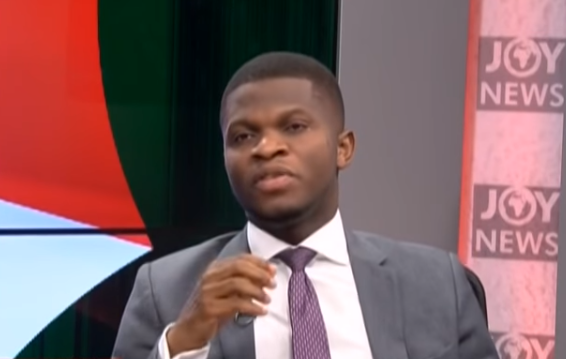 Newly elected National Communications Officer of the opposition National Democratic Congress (NDC), Sammy Gyamfi has been advised to remain fixated at attacking the ruling New Patriotic Party (NPP) since that is the only way he can succeed.

A party member by name Boutrous Andy who describes himself as a fierce critic of Sammy Gyamfi going into the national delegates conference, says he wants the man he once opposed vehemently to succeed and that the only way he can succeed is to have a vibrant attack machine against the ruling party, put together an advisory team and constitute a forum for setting the records straight.

See below, his open letter to Sammy Gymafi.

I write to you from the cosy comfort of my hometown in Larteh, Akwapim in the Eastern Region of Ghana. Having gone through the most tumultuous congress held at Trade fair in Accra, I decided to take some time off from Accra to ponder over issues other than politics.

I would like to seize this rare opportunity to first of all congratulate you on your election as National communications officer of the National Democratic Congress. Honestly, I must confess, that you executed one of the most swankiest, lavish and successful campaigns ever as far as National communications portfolio was concerned. It was not a wonder that, you won convincingly, beating your main contender, Fred Agbeyo.

When I was a young boy growing up, I read about Goals and managing success by one of the world’s best authors, Brian Tracy. In that book I learnt about the “fear of success”, which spoke of managing success to your advantage. The act of managing the fear of failure is less complex than managing the fear of success. As you assume office know that you can’t do it all by yourself. Know that, the name of the game is team work. Know that, communication is a serious business particularly in opposition and that if you succeed, the party succeeds and the converse is true. You must know that, communicating in Government is way apart when communicating in opposition. In opposition you do more of persuasive communication and/ or propaganda whereas in Government you communicates what you’re doing by way of achievements. Know that, we ( you) are dealing with a party in Government which is vicious, disingenuous, evil wicked and can do anything to hang unto power

Sir, you may reckon that, in the lead up to the congress I was one of your fiercest  critics. I gave delegates all the reasons they should not vote for you even though I didn’t have a candidate. I severally criticised you, not because I hated you. You have done nothing to me to precipitate any hatred towards you. I held/ hold no grudges against you.  However sir, you have the chance to proof me and many others wrong. You’re a good talker without a doubt.

I need you to succeed and I know you will succeed

As I said, that in the lead up to the congress, I was one of your major critics. In that period, I raised issues that bothered on age, experience, maturity and all that. I was right, I was wrong as regards my views about you. I don’t know. Time will definitely tell. So in the end you were elected by the discerning delegates. We have arrived here with you as a National Communication officer of our party whether we like it or not. I believe that, as humans we all have weaknesses and strength. The difference between success and failure is how we capitalise on our strengths and minimize our weaknesses. There are a number of things you should do to succeed as the National Communications Director for a major opposition party as the National Democratic Congress, they are as follows;

To succeed, and not be a failure like your predecessor, you must have an advisory team who advises you on communications matters. This team should comprise of not more than six persons. This is because in communications or decision making the more the numbers the more complex decision is arrived. If you ask of me of my views approach Uncle Totobi Kwakye, Felix Ofosu Kwakye, Hon Sammy Okudjeto, Hon Fiifi Kwetey, Fred Agbeyo et cetera. In the past this never happened. Things were done higgledy-piggledy and that mainly accounted for our failure resulting in the party’s trounce in 2016.

I believe you can do the work, do it far more than your predecessor. The fact still remains that,as a leader one of your greatest trait and tramp card is effective delegation of work. Any good leader will not do the work by himself but will get his men and women to do it and when the glory comes he takes it. You should know that, communications has many facets, you need to do more than talking in order to succeed. Try and put together guys who will handle sorely social media, writing, talking, research, mailing list et cetera. Ensure that, there should be effective coordination of work on all fronts, so as to create synergy, consistency. In Government, the minister for information speaks for  the party, whereas in opposition, the communication officer speaks for the party. The point I am making is that, you’ll always be responding to Kojo Oppong Nkrumah and Yaw Boabeng Asamoah. When Hon Sammy Okudjeto was at the information ministry, he had a mailing list where information and how to handle topics were churned out to communicators. You should be doing same.

Nazi’s propaganda chief, Joseph Goebbels opined that, a lie which is repeatedly said becomes the truth. The bane of the New Patriotic Party is to parrot propaganda whether in opposition or in government. That’s why they lied in opposition, parroted grandiose promises that when they come to power, they will materialize same. You can see what has happened to those lofty and grandiose promises 2 years on. They continue to lie on everything from employment to corruption. To expose these lies, falsehood and propaganda, you must mount a defense, confront their lies and set the record straight on every subject they bring to the front burner. This is the only way to expose the NPP’s shenanigans, crockery, trickery, chicanery and monumental corruption.

Because of your physical size, age, clout,  there’s a proclivity for people to push you around, intimidate you. Don’t and never allow these NPP elements to cow and intimidate you. Minimize your weaknesses such as lack of gravitas, appreciation and experience. Do this by learning and researching more than before.

In the past few days, you put up a statement saying that, President Akufo Addo had travelled to South Africa without telling the people of Ghana through Parliament, and that (he) Akufo Addo had gone with his daughter to watch a musical concert at a time colleges of education have been closed down, at a time CETAG were on strike. You were spot on. When it emerged that, the President indeed, informed parliament and that, the information you sought to put out was not true, you had no business apologizing. You need not to tell the whole world that, what you put out was a lie particularly when the other issues you raised was correct, when those people raising that singular error in issue had failed to address the other issues bothering on the fact that, the President had gone to SA to watch a musical concert with his daughter at a time colleges of Education was on strike and all that. There’s nothing like morality  in politics. Morality has no relations with politics and you got to know this. That’s why the Akyem demigod could kill his own family relation ( JB Danquah) just because he owed him $5m and was demanding same. That’s why a President can decide to build a cathedral, buy drones when our hospitals are empty, when our hospitals have no ambulances and no beds.  Sammy, you told a lie, you ought to stand by that lie regardless of what people say or do not say. You should be resolute and firm and damn the consequences. In no time they will have risen above that subject, move on and everybody will forget about it.

In the past, anybody and everybody can walk into a media house and speak in the name of communicating for the party. All that, people needed was to have “connection” or be able to sort producers out and off they go. This led to misinformation, non coordination, lack of consistency in the kind of information put out there for the public to consume.

Find a way of incorporating the team that helped you in your campaign into the national communication team. Assign them key roles to play. There’s no doubt that, these guys implemented one of the most successful and visible campaigns for you to win. During and after the elections I crossed path with De Accra mayor and Citizen Nana Yaw. To confess to you these guys are deep thinkers, analytical and thorough. Such dudes ought to be fully utilized in the position you hold currently.

I believe that, if you implement these 6 points plan in your work, you will surely be at the top and catapult our great party into Government.

Yours in service to party