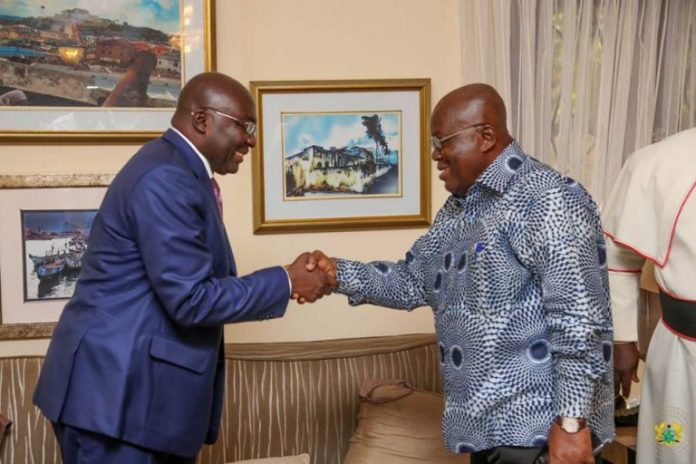 According president Akufo-Addo, Dr. Bawumia is doing great job as his chief assistant and he has 100 percent confidence in him.

The president who was addressing the chiefs and people of the Walewale, the hometown of the number two gentleman of the country told Dr. Bawumia’s kinsmen that he wanted them to know that their son was indeed performing to his (President Akufo-Addo) expectation.

”My chief assistant, my principal assistant, my right hand man is your son and he is from here. He is doing a very good job for me and I want you to know that. I want to assure the Wulugu Naba that with him, we will sit down and look at all these matters that he has put on the table before me. The roads, Health and Education and we’re going to do our very best to make sure that we address those concerns” the president announced to the gathering.

This is not the first time that the president has publicly declared his confidence in the Vice President who is also the Head of the Economc Management Team (EMT).

The president continued that “I want you to know that the NPP government of Nana Akufo-Addo, it’s eye is always here in Walewale”.