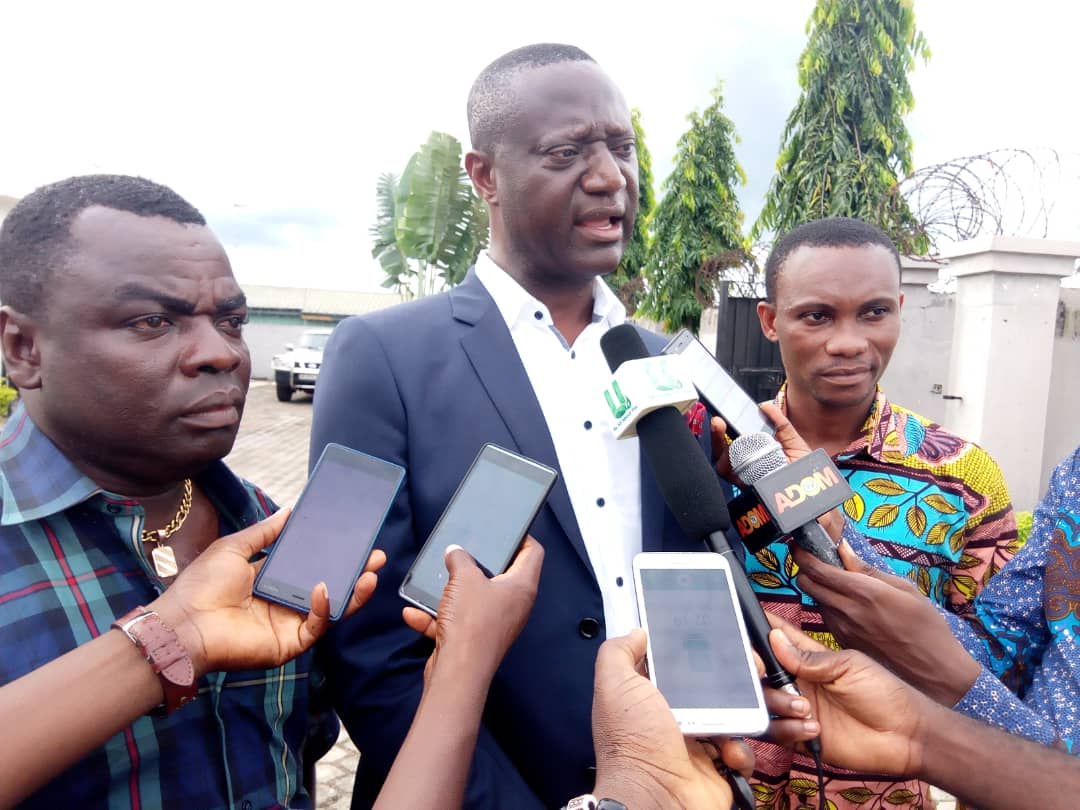 The Eastern Regional Executives of the ruling New Patriotic Party have made a swift intervention by helping resolve the impasse between the embattled DCE for Upper West Akyem Eugene Sackey, the constituency Executives and Youth of the party in the area.

The bad blood between the two factions ended in a debacle at a durbar to commission a new Administrative office for the District Assembly.

BestNewsGH.com’s Eastern regional correspondent Ebenezer Tawiah reports that Dozens of irate youth of the governing New Patriotic Party (NPP) in the Upper West Akyem District marched to the offices of the District Assembly to unleash mayhem on the District Chief Executive.

The angry youth attacked the District Chief Executive Eugene Sackey, in an attempt to beat him  for allegedly, accusing them of misbehaving and destroying a grader belonging to the Assembly.

However on Monday, a delegation led by the Regional Secretary of the Party Jeff Konadu managed to broker peace between the two aggrieved factions after 6 hours of a reconciliation meeting at Adeiso.

Addressing the media after the reconciliation meeting, Jeff Konadu explained that having listened to the aggrieved parties in an atmosphere of openness and frankness, it was realized that a communication vacuum that has been created, resulted in the misunderstanding between the feuding factions, cognizant of other underlying factors which have all been resolved.

Mr. Jeff Konadu stated that the NPP government is focused on delivering on its promises with the main aim of improving the living standards of Ghanaians and therefore will ensure that all teething issues likely to affect it are dealt with.

The Constituency Chairman, Nana Addai Obuobi and the embattled DCE, Eugene Sackey after exchanging pleasantries in the presence of the media both reaffirmed their commitment to live in peace and harmony in implementing projects and policies in line with President Akufo Addo’s vision of building a Ghana Beyond Aid.