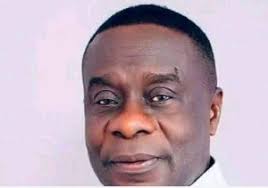 The Cape Coast High Court has overruled an objection by lawyers for the National Democratic Congress (NDC) Member of Parliament (MP) for Assin North, Mr James Gyakye Quayson, seeking to have the presiding judge, Justice Kwasi Boakye, recuse himself from the case seeking to annul the MP’s election.

Lawyers for the MP accused Justice Boakye of being biased and having a predetermined judgment.

At last Wednesday’s hearing, lead counsel for the MP, Mr Abraham Amaliba, contended that the judge must put the case on hold due to what he described as the likelihood of bias.

According to him, the presiding judge had already determined the case during the hearing of the injunction when he held that Mr Gyakye should have renounced his Canadian citizenship at the time of nominations and not during the actual voting.

Justice Boakye, however, overruled the objection and said there had not been any instances of bias in the course of the case.

On December 30, 2020, a resident of Assin North, Mr Michael Ankomah-Nimfah, filed a parliamentary election petition at the Cape Coast High Court challenging the eligibility of Mr Quayson to be a Member of Parliament (MP).

He contended that the MP was not eligible on the basis that at the time he (Quayson) filed his nomination to contest as a parliamentary candidate, he was still a citizen of Canada.

Among other reliefs, the applicant wants the Cape Coast High Court to declare the nomination filed by Mr Quayson “illegal, void and of no legal effect”.

He also seeks a declaration that the decision by the EC to clear Mr Quayson to contest as a parliamentary candidate was “illegal, void and of no legal effect”.

Another relief the applicant seeks is an order restraining Mr Quayson from holding himself out as the MP-elect for Assin North and another order cancelling the parliamentary election that took place in Assin North on December 7, 2020.

On January 6, this year, Justice Boakye issued an interlocutory injunction against Mr Quayson restraining him from holding himself as the MP-elect until the final determination of the election petition.

This effectively barred the MP from being sworn in.

Mr Quayson showed up in Parliament the same day to vote in the election to select the Speaker of Parliament, and for him (Quayson) to be sworn into office as MP.

The Clerk of Parliament initially refused to allow him to take part in the election, but the NDC parliamentary leadership argued that Mr Quayson had not been served with the court order and was, therefore, not aware of any injunction restraining him from holding himself out as MP-elect.

After many arguments, the Clerk of Parliament allowed Mr Quayson to vote and also to be sworn into office, with a caution that he (Quayson) would bear the consequences of that action.

The Cape Coast High Court has overruled an objection by lawyers for the National Democratic Congress Member of Parliament for Assin North, Mr James Gyakye Quayson, seeking to have the presiding judge, Justice Kwasi Boakye, recuse himself from the case which seeks to annul the MP’s election.