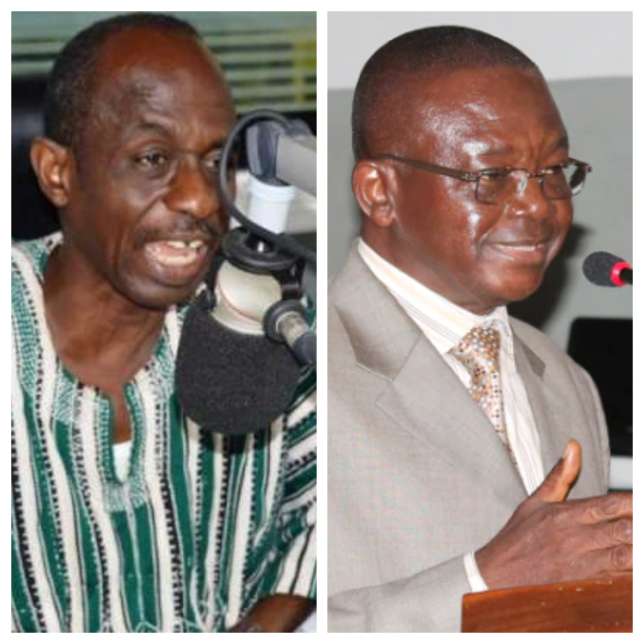 Former Auditor-General and Chairman of the Audit Council, Professor Dua Agyeman has said the General Secretary of the opposition National Democratic Congress (NDC), Johnson Asiedu is leveraging on his witty attitude to trample on the rights of well-meaning and respected Ghanaians and have often been left off the hook.

According to him, he will not allow the wrongs the NDC chief scribe has perpetrated against him to go unpunished, saying he has faith in the court system to deliver justice in his favour in a defamation suit he has filed against him.

The NDC General Secretary is on record to have labeled the former Auditor-General as a thief, a dishonest person and as someone who is unfit for the position of Chairman of the Audit Council.

Speaking on an Accra based radio station and monitored by BestNewsGH.com, Professor Dua Agyemang said for no reason at all, the NDC General Secretary has berated him for a very long time now.

‘’Since I became Auditor-General in 2001, he himself has said it that he has followed me and commented on every move I make whether or not it concerns him. He talks at length just to denigrate me and he has even sued me in court before during the time of ex-president Kufuor, that I am not a man of integrity and so I should not be Auditor-General. And he has done this to a lot of people but has often been left off the hook, but I will not allow this to pass this time around’’ he said.