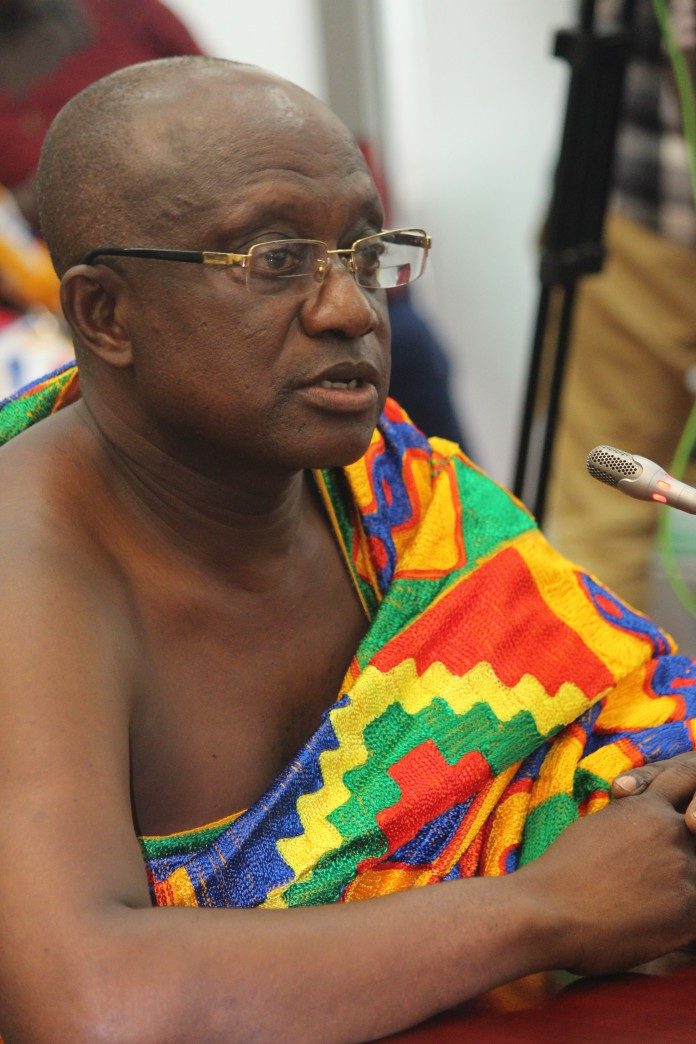 The Ashanti Regional Minister is taking government’s 1 District 1 Factory initiative to another level as he has been selling the idea to prospective investors beyond the shores of the country.

Mr. Osei Mensah who was speaking during an interaction which indigenes of Asanteman resident in Denver Colorado in the United States of America during this year’s Asanteman Day celebrations said he and his colleagues at the Regional Coordinating council will also play their part by ensuring that all the paperwork they need to facilitate their investment in the initiative is sorted out.

‘’What I want to say is that, those of you who have money and those of you whose friends have money should come home and invest in government’s 1 District 1 Factory initiative. The time to take advantage of the initiative is now. As you know the recent creation of some 38 new districts in the country resulted in Asanteman benefitting the most. We had more districts than any other region in the country and so it will be prudent for you to come and invest your money in this noble initiative’’ he said.

The former Member of Parliament for Bosome Freho Constituency in the Ashanti Region observed that government’s plan is to establish at least one factory in every district of the country, adding that some districts will attract several factories which is the ultimate aim of the initiative.

Mr. Osei Mensah who was speaking in the midst of high profile personalities including the first deputy speaker of parliament, Joe Osei-Wusu, the Member of Parliament for Manhyia North constituency, Collins Owusu Amankwaah and distinguished broadcaster Kwame Adinkra also extolled the diasporans to bring their knowledge and expertise home to Ghana to help accelerate the development of the country.

According to him, government is willing to give a listening ear to the inputs by the diasporans in the quest for accelerated national development, adding that their expertise and professional knowledge in their respective fields would be harnessed for the growth of the country.

On showcasing the culture of Asanteman and Ghana to the outside world, the Minister said ‘’I am not happy with what I have seen here. I know for a fact that we don’t showcase our culture to ourselves, we do it to show others, particularly those in abroad what our culture is like. But I have not seen even a single foreigner here. I will plead with you to ensure to at least bring them in next time, no matter how small the number is, so that we can showcase to them, our rich culture, that is one sure way in which we can market Asanteman and Ghana’’.