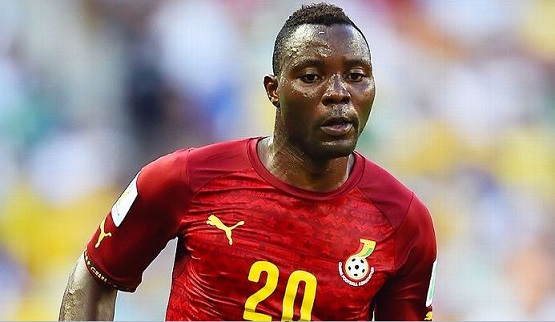 Head coach of the Black Stars Kwesi Appiah has explained why he started Kwadwo Asamoah from the bench in Ghana’s defeat against Kenya last Saturday.

Nicholas Opoku’s 40th-minute own goal handed the Harambee Stars a narrow win in the AFCON qualifier at the Moi International sports center.

FootballmadeinGhana.com broke the news of an injury the Inter Milan left-back suffered during the team’s training in Addis Ababa on last Wednesday but the player downplayed the seriousness of the incident in a video message but coach Kwesi Appiah has reportedly said Asamoah wasn’t match ready to have started the crunch game confirming the earlier story by FootballmadeinGhana.com

“You see, I don’t play with names, I play with players who could be fit at a particular time. And Kwadwo being on the bench does not mean he is not a good player” Kwesi Appiah is reported to have said after the game.

“He is one of the best players but, under the circumstances, we had to put some players in to start, then he comes on” he added.

Asamoah had to wait until the 72nd minute to participate in the game after coming on for left back Daniel Opare as coach Appiah effected his last substitution.