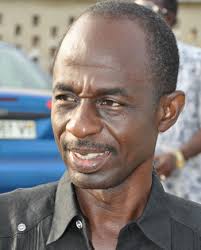 General Secretary of the opposition National Democratic Congress (NDC), Johnson Asiedu Nketiah has indicated that the order for the arrest of the Member of Parliament for Asutifi South Constituency, Collins Dauda is a deliberate ploy by government divert attention.

According to him, the government is shying away from issues such as the Startimes saga and other loans that it is contracting and wants to divert attention from the substantive issues which are of national concern.

He said the main reason is to cover up a bribe of 50 thousand dollars worth of sports kits that was given to the first lady by the startimes company in China.

According to him, the charge of abetment of assault slapped on Mr. Dauda was a mockery of the police service, given the fact that Mr. Dauda never assaulted anyone physically at the limited voter registration centre in Ahafo where the incident took place.

He likened the situation to using a sledge hammer to kill a fly, describing the decision to send fully armed police personnel to his residences in Ahafo and Accra at the ungodly hour of 2am as unfortunate.

Mr. Asiedu Nketiah faulted the police in the area for failing to arrest the culprits who allegedly unleashed mayhem on the victims, adding that the presence of the police at the crime scene should have curtailed the incident.

General Mosquito as the NDC General Secretary is popularly known who accompanied the MP to the police headquarters in a show of solidarity, said the treatment meted out to Mr. Dauda sought to portray that he was a hardened criminal.

He explained that the speaker of Speaker of parliament  intervened in the matter by appointing an officer from Parliament to accompany the legislator to the police head office in order that he is not manhandled, given the fact that he is a member of parliament.

‘’Even after the speaker had asked another parliamentarian to take Mr. Dauda to the police headquarters, he was delayed for three hours before the charge of abetment of assault was slapped on him. It was after that, he was released on bail. The mere fact that the police were there and did not act means that they themselves abetted the crime’’ he said.