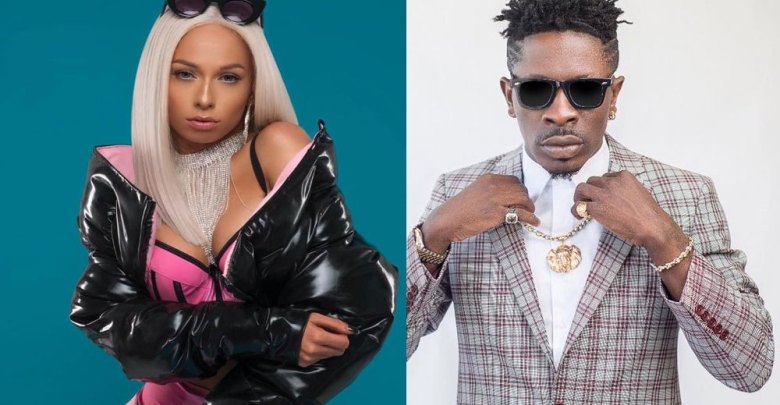 She revealed this while performing at a concert today.

The video was shared on her Instagram stories which sees her pouring praises on the African Dancehall King.

Mariahlynn and Shatta Wale has a song together titled ‘Be Strong‘.

As we speak, the ‘Be Strong’ song is the most streamed song on her new project.

No wonder she’s super proud to have worked with Shatta.

She even performed the song on stage for patrons on the stage.

Mariah Lynn is an American rapper and a reality television personality. She came into limelight when she starred in Love and Hip Hop: New York from its sixth season. Let’s know about Mariah, her bio, career, boyfriends, and net worth.