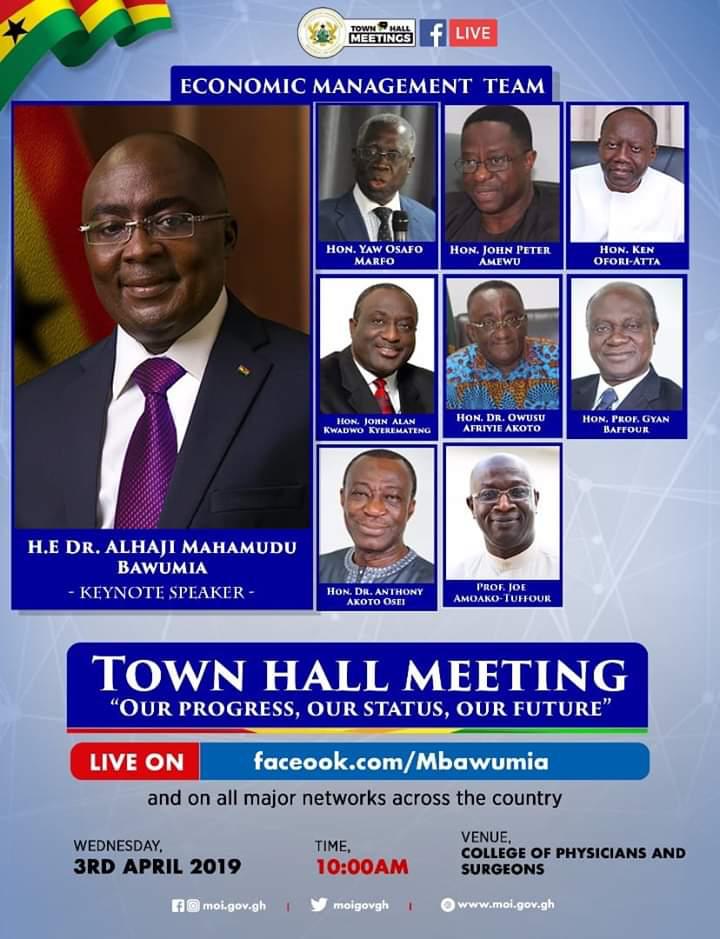 For the first time in recent memory, the Economic Management Team (EMT), led by Vice-President Dr Mahamudu Bawumia, will interact with a cross-section of Ghanaians at a town hall meeting today.

Over 500 stakeholders and identifiable groups have been invited to participate in the town hall meeting.

Individuals who wished to participate were asked to pick up admission cards from the Ministry of Information.

The Economic Management Team (EMT) is a body set up by various governments, at least from the time of President John Agyekum Kufuor, and usually chaired by the sitting Vice-President to steer the affairs of the economy.

Ahead of today’s interactions, many Ghanaians have expressed their views, largely welcoming the move by government and describing it as a novelty that is good for the progress of the country.

It is expected that Ghanaians will ask questions bordering on import duties, the exchange rate, matters on energy, the broader economy, and government’s flagship projects.

Again, hopes are high that the Vice-President, who has been known to be a champion of Ghana’s digital revolution, will shed more light on how and why he and government intend to make Ghana the digital hub of the West African sub-region. Ghanaians believe that if government is able to address the problems of high import duties and the sliding currency, it will crown the efforts it has put in place to restore the economic mess they inherited in 2016.

According to some members of the EMT, the town hall meeting is part of the broader scope of President Akufo-Addo’s government to enhance inclusive governance and bottom-up decision making.

A spokesperson to the Vice-President, who doubles as a member of the EMT Secretariat, Dr Gideon Boako is optimistic that the town hall meeting would largely be questions and answers, to enable the Ghanaian people have the chance to be heard and be part of government decision processes.